Androgen deprivation therapy (ADT) has remained a frequently used, highly effective treatment for high-risk, advanced, or metastatic prostate cancer over the last three decades. More recently, the focus has shifted towards the long-term complications associated with the use of ADT, including cognitive dysfunction. Jayadevappa et al recently reported that elderly men with prostate cancer receiving ADT are at increased risk of developing Alzheimer’s disease or dementia (JAMA Netw Open 2019; 2:e196562).

Using the Surveillance, Epidemiology, and End Results (SEER)–Medicare linked database, the authors identified 154,089 men between 1996 and 2003 who met the study criteria; namely, newly diagnosed prostate cancer that was treated with ADT within the first 2 years of diagnosis. Of these, 62,330 received ADT while 91,759 had not received ADT by the end of the study period. Diagnostic codes included in Medicare inpatient, outpatient, and provider claims were used to identify patients with a diagnosis of Alzheimer’s or dementia. Mean follow-up was 8.3 years and mean age at diagnosis was about 75 years.

The use of ADT use was more common in men who were older, and those who were unmarried or with lower socioeconomic status. Also, men receiving ADT had more aggressive cancer than those who did not receive ADT (34.3% vs. 17.8%; p<.01) and they were less likely to have been treated with radical prostatectomy (18.9% vs. 26.4%; p<.01).

The authors noted that men receiving ADT were more likely to receive a diagnosis of Alzheimer’s compared with those who were not treated with ADT (13.1% vs. 9.4%; p<.001), with an increased hazard ratio for being diagnosed with Alzheimer’s disease (hazard ratio=1.14). Similarly, men who had received ADT were more likely to be diagnosed with dementia (21.6% vs. 15.8%; p<.01). These elderly men receiving ADT had an increased hazard of being diagnosed with dementia (HR=1.20).

This is among the largest studies of U.S. elderly men demonstrating an association between ADT and a >20% increase in the diagnosis of Alzheimer’s or dementia. It includes sufficiently long follow-up, quantification of ADT dose, comorbidities, and cancer grade. While this study demonstrates a strong association between the use of ADT and Alzheimer’s or dementia, biologic mechanisms responsible for this increase remain elusive. As the authors point out, ADT may have a modifying or augmenting effect on the development of these cognitive complications in those men who may already be at increased risk.

Read: Antiandrogens may increase mortality risk in men with CVD

Since the PSA screening recommendations were downgraded in 2012, a shift toward higher grade and more advanced prostate cancers has been noted. Further, several newer, more potent antiandrogens are being promoted for earlier and earlier use in the treatment of prostate cancer. Both of these factors are likely to increase the exposure of elderly men to ADT and worsening their risk of developing cognitive dysfunction.

Further studies are necessary to develop tools to identify the elderly patients with prostate cancer who are at risk of developing Alzheimer’s or dementia. Could intermittent ADT have a protective role against cognitive dysfunction? Another intriguing possibility worth studying is whether aggressive treatment of the primary tumor or metastasis-directed therapy could reduce the exposure of these men to long-term ADT (dose/duration) and reduce the risk of developing devastating complications such as Alzheimer’s and dementia.

We want to hear from you! Send us your feedback on this article at urology_times@mmhgroup.com 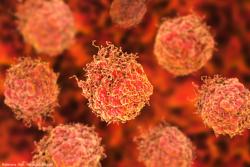