Treatment with radiotherapy and 2 years of ADT may improve outcomes for men following radical prostatectomy, helping patients and physicians make an evidence-based choice. 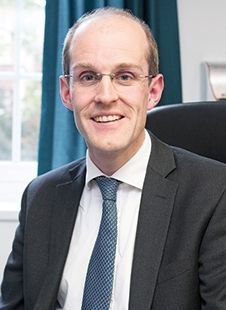 Adding 2 years of androgen-deprivation therapy (ADT) to radiotherapy following radical prostatectomy improved metastasis-free survival (MFS) and time to salvage therapy in men with prostate cancer, according to first results from the RADICALS-HD trial (ISRCTN40814031) presented at the 2022 ESMO Congress.1

“Up until now, doctors and patients have had to depend on opinion really to choose whether or not to have hormones with their postoperative radiotherapy, and so these results will now help doctors and patients in the future to have an evidence-based choice,” Chris Parker, MD, consultant clinical oncologist, The Royal Marsden NHS Foundation Trust, and professor, Prostate Oncology, The Institute of Cancer Research in London, said in a press briefing at the congress.

Therefore, in the randomized, controlled trial, investigators aimed to evaluate the use and duration of ADT with postoperative radiation therapy by randomizing patients to receive either no ADT, 6 months of ADT (short course), or 24 months (long course) of ADT.

The trial was conducted in the UK, Canada, Denmark, and Ireland.

Key eligibility criteria were comprised of indication for radiation therapy after previous radical prostatectomy and no previous postoperative ADT.

“The new information from this important study will ensure clinicians can better tailor treatment for prostate cancer patients following surgery and help facilitate important discussions,” Parker said in a press release. “This will mean some receive a more effective treatment while sparing others unnecessary intervention. We already knew prostate cancer patients initially treated with radiotherapy benefitted from hormone therapy. However, we did not know whether hormone therapy would also benefit those receiving radiotherapy after prostate surgery.”