Dr. DowlingI have previously discussed some important details affecting reimbursement for drugs that are administered in the physician’s office-including Medicare Part B drug payments and the average sales price (ASP) methodology (See www.urologytimes.com/buy-bill). I subsequently described a Centers for Medicare & Medicaid Services proposed rule that was generally known as the “Part B demonstration project” and how that might significantly affect reimbursement for Part B drugs (See www.urologytimes.com/perfect-storm). That proposed rule met with widespread and bipartisan opposition, and following the election in November 2016, it appears that the Part B demo is not going to be finalized.

However, there are strong indications that payments for prescription drugs-including infusions, injectables, and other drugs administered by physicians in their office-will continue to be carefully examined by policymakers. In this article, I will review a recent development in this area.

In 2015, Part B drug spending was about $25 billion, roughly 11.2% higher than in 2014. Since 2009, Part B drug spending has increased an average of 9% per year, roughly double the rate of health care spending in general. The Part B demonstration project was premised on a hypothesis that the ASP +6% method of reimbursement might incentivize the utilization of more expensive drugs by physicians, and one part of that proposal would have lowered the “add on” to 2.5% to mitigate this possible incentive.

One problem with this approach is that there are many clinical scenarios where there are no inexpensive alternatives; furthermore, ASP is an “average” of prices that physicians pay for drugs, meaning that the narrower the “margin,” the more likely that some physicians may actually pay more for the drug than they are able to recoup. While the root cause may be an open question, there is no denying that program spending is growing and it will continue to capture the attention of policymakers who try to control that spending growth.

Next: Four proposals floated by MedPAC

The Medicare Payment Advisory Commission (MedPAC) is one group that is studying ways to address Part B drug spending. This independent agency is charged with providing policy advice to Congress regarding the Medicare program.

At its January 2017 public meeting, MedPAC floated several proposals it is considering to address Part B gradually in the coming years (bit.ly/MedPAC2017). The first potential change is to “improve” reporting of ASP by requiring all manufacturers to report their sales price. Currently, companies that do not issue rebates under Medicaid are not required to report ASP to CMS.

The second proposal deals with new drugs. Currently, new single source drugs and biosimilars are paid at wholesale acquisition price (WAC) +6% until more than two quarters of sales data are available to calculate ASP; this proposal would lower this to WAC +3% and, if ASP is subsequently lowered, the WAC add-on would be further lowered.

The third proposal would tie growth of ASP to inflation. If ASP growth exceeded inflation, the program would collect a rebate from the manufacturer. The fourth proposal would allow grouping of drugs with “similar health effects” into a single billing (HCPCS) code, and is likely the most controversial.

MedPAC is also considering a policy called the “Drug Value Program (DVP).” This proposal has features similar to the now-discontinued Competitive Acquisition Program of the 2000s, where physicians ordered drugs from a vendor selected by CMS and billed only for the administration (not the drug). MedPAC’s proposal would make physician participation voluntary, but would also reduce the ASP add-on over time to encourage participation in the DVP.

MedPAC envisions that third-party vendors would function much like a group purchasing organization, receiving administrative fees in return for negotiating prices with manufacturers. Physicians in turn might be able to realize “shared savings” from this arrangement. Another proposal would have the DVP phase in over time, starting with only certain drug classes. Finally, MedPAC suggests some design principles-like establishing a formulary-that would increase the leverage of the third-party vendors to negotiate prices and terms with drug manufacturers.

Bottom line: Rising drug prices are in the spotlight, and the buy-and-bill paradigm may continue to be scrutinized and adjusted. None of the MedPAC proposals have been finalized at this point, but they could be a harbinger of future direction in the Part B program. The ability to administer medications to Medicare beneficiaries in the office setting is a core tenet of the modern urology practice. Strategies to mitigate risk in this area could include maintaining a diverse mix of payers, close oversight of drug purchasing contracts, and a disciplined inventory management process.

Open Payments: How urology measures up

What will replace the Affordable Care Act?

How to command patient trust while building experience 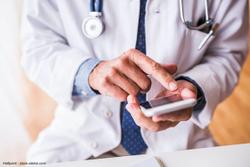