MRI-guided SBRT reduced both acute toxicity effects and decrements in quality-of-life measures when compared with CT-guided SBRT, according to findings published in JAMA Oncology.

"To our knowledge, this trial is the first phase 3 randomized controlled trial comparing MRI guidance to CT guidance in any disease site. MRI-guided radiation has apparent theoretical benefits in this treatment scenario, and it was important to conduct a rigorous comparison. Given the significance of the outcomes realized, we've evolved our prostate cancer treatment approach at UCLA to preferentially utilize MRI-guided SBRT,” senior author Michael L. Steinberg, MD, professor and chair of the Department of Radiation Oncology at UCLA, stated in a news release.2

Overall, the study included 156 men aged 18 years or older who were receiving SBRT for clinically localized prostate adenocarcinoma at a single center. Patients were randomized to receive either MRI-guided SBRT or CT-guided SBRT.

Findings showed that acute grade ≥2 GU toxicity rates were lower in the MRI group (24.4%) compared with in the CT group (43.4%). The MRI-guided arm was associated with a 60% reduction in the odds of grade ≥2 GU toxicity based on a multivariate analysis. Acute grade ≥2 GI toxicity rates were also significantly lower in the MRI group vs the CT group at 0.0% vs 10.5%, respectively.

MRI-guided SBRT was also associated with better patient-reported quality of life metrics when compared with CT-guided SBRT. Patients receiving CT-guided SBRT were more likely to experience large increases in urinary symptoms, measured by experiencing a 15-point or greater increase in the International Prostate Symptom Score (IPSS) at 1 month. The MRI group had an IPSS score of 6.8% compared with a 19.4% score seen in the CT group.

Further, the Expanded Prostate Cancer Index Composite-26 (EPIC-26) showed a clinically notable decrease of bowel-related toxicity for patients in the MRI group (25%) compared with the CT group (50%) at 1 month.

"Radiation is accepted as an effective and safe standard-of-care option for many men with prostate cancer, but there is always the opportunity for improvement of reducing toxicity. The prostate is a highly mobile target, and the motion of the prostate needs to be accounted for to maximize treatment effectiveness. Accounting for this motion typically requires creating a margin around the prostate (rather than just the prostate itself),” Amar Kishan, MD, the first author of the study and an associate professor and chief of the Genitourinary Oncology Service at UCLA, stated in the news release.2

“We felt that MRI-guided radiotherapy allows a much tighter margin around the prostate to be targeted due to both the enhanced imaging capabilities of MRI and the ability to track the prostate and control the beam in real time during treatment. The significant reduction in urinary and bowel toxicity seen in our trial reflects the importance and relevance of this tighter margin made possible by MRI-guided radiation therapy,” added Kishan.

Long-term follow-up on these findings is needed to confirm whether the benefits are durable, according to the researchers. 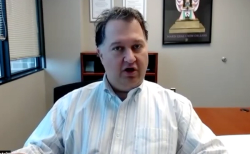 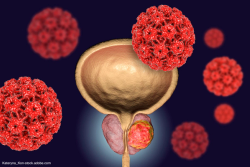