There was no overall survival (OS) difference when using minimally invasive surgery (MIS) compared with open surgery for the treatment of patients with early-stage kidney cancer, according to findings from a retrospective, population-based cohort study published in the Journal of Urology.

Multivariable modeling showed no variation in OS (HR 0.94; 95% CI, 0.84-1.06) or disease-specific survival (HR, 0.96; 95% CI, 0.83-1.11) between the 2 treatment modalities. There was also no difference observed in the rate of second kidney cancer surgery associated with MIS or open surgery. However, the use of postoperative therapy was higher in the MIS cohort.

“Our findings inform practice in an area where, to date, there has been no prospective randomized comparison of oncologic outcomes,” Gregory B. Auffenberg, MD, department of urology, Northwestern University Feinberg School of Medicine, Chicago, Illinois, and coinvestigators wrote.

Among the MIS cohort, the median interval from diagnosis to surgery was 21 days, compared with a median interval of 19 days for the open surgery group. Over time, MIS was increasingly the more common treatment choice. Clear cell histology was more common (59.5% vs 53.4%; P <.001) among those who underwent MIS. The MIS cohort also had a higher rate of radical nephrectomy at 66.9% compared with 59.3% among the open surgery group (P <.001).

In the open surgery group, 6.2% (n = 130) of patients received subsequent systemic cancer therapy, compared with 6.9% (n = 214) of the MIS cohort. After accounting for covariates, receiving MIS was linked to a significantly higher likelihood of being treated with secondary systemic cancer therapy (HR, 1.31; 95% CI, 1.09-1.59). 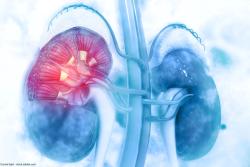 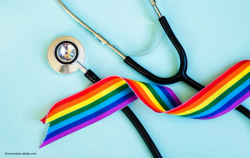