Researchers expected some variation and some overprescribing when they looked nationally at urologists’ opioid prescribing patterns for common urologic surgeries. But the degree of variation-from zero to 7,560 mg oral morphine equivalents-as well as the vast majority of overprescribing even for minimally invasive urologic procedures was alarming, according to Jennifer A. Robles, MD.

“For a long time, the focus in the opioid crisis has been on chronic pain treatment. Now, there’s increasing recognition that acute pain opioid prescriptions are contributing to the crisis. There’s increasing focus on surgical prescribing. Where this is relevant is that a number of studies have shown that approximately 6% to 8% of surgical patients across specialties become chronic opioid users after getting opioids for surgery,” said Dr. Robles, a laparoscopic/endourology fellow at the University Medical Center at Vanderbilt and VA Quality Scholar at the Tennessee Valley Healthcare System, Nashville. The research was presented at the AUA annual meeting in Chicago.

Studies also have shown that most patients aren’t using most of the pills that surgeons prescribe, resulting in pills being diverted into the community.

Also see: It’s urologists’ turn to do something about opioids

Dr. Robles and colleagues analyzed national VA data on nearly 20,000 urologic surgery patients from 2014 through 2016. They looked at opioid prescribing in the specialty’s most common inpatient procedures: open or minimally invasive nephrectomy, prostatectomy, cystectomy, transurethral resection of the prostate, or photovaporization of the prostate.

The authors accounted for urologic surgeons’ prescribing for different opioid-containing medications, such as oxycodone or hydrocodone, and standardized those by converting them to oral morphine equivalents.

That’s significant for a couple of reasons, Dr. Robles said.

“On average for every additional pill you give them, they take an extra half pill,” Dr. Robles said. “Secondly, if those patients truly have less pain and are using less pain medication overall than open surgery patients, that means they have a whole bottle of pain pills sitting on their counter that is at risk for being diverted into the community, stolen, given away, or taken by someone in the family.”

Dr. Robles and colleagues also looked at whether there were factors, including age, gender, length of hospital stay, location, facility type, and preoperative use of opioids, that might predict why some patients were getting a lot of pain pills and others weren’t.

They found those in the highest quartile of prescribed oral morphine equivalent dose were more likely to be younger, had slightly increased length of stay, had undergone surgery in a teaching facility or in the South, or had filled an opioid prescription within 90 days before surgery.

Preoperative opioid use explained only 5% of the observed variance.

Certain states and regions like the Southeast (Tennessee and below) are very high prescribers in all settings and urology, while other areas, like the Northeast, are very low prescribers on both maps, according to Dr. Robles.

Urologic prescribing data suggest that whether urologists are high or low prescribers, it’s likely less due to individual patients’ demands or needs and has more to do with how urologists were trained or their cultural tradition around prescribing.

“That’s exciting because it’s modifiable with education and more work to publish national data,” she said.

National data show urologists how others in the specialty are prescribing opioids for the same procedures. When urologists realize they’re outliers, some will change, according to Dr. Robles.

We want to hear from you! Have you changed your opioid prescribing habits? Let us know at urology_times@mmhgroup.com 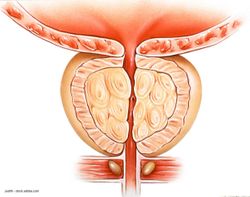