The promise of PD-1 ligand pathway in treating bladder cancer

Bladder cancer is the fifth most common cancer in the United States. About one-third of bladder tumors are invasive at presentation, and despite treatment with radical cystectomy, the disease continues to be associated with poor prognosis. Little progress has been made on the impact of this deadly disease, despite many efforts from investigators and dedicated clinicians.

Researchers have recently made progress in understanding a fundamental signaling cascade, the Programmed Death 1 (PD-1) receptor-ligand pathway,1 which holds long-awaited promise in bladder cancer intervention. The PD-1 receptor-ligand interaction is a major pathway used by different cancers to suppress the immune response to malignancy (figure).2,3 PD-1 is usually expressed on the surface of activated T-cells under normal conditions and functions as a pathway to modulate excessive immune reactions.2,4,5 The ligands for PD-1 (PD-L1 and PD-L2) are expressed in a variety of normal tissues.6,7

Specifically, although healthy organs express little PD-L1, a variety of cancers were demonstrated to express abundant levels of this T-cell inhibitor.8 This suggested that the PD-1/PD-L1 pathway plays a critical role in tumor immune evasion and led to its consideration as an attractive target for therapeutic intervention.

Given the suboptimal response to chemotherapy in bladder cancer, identification of active agents in this disease became a priority, and drugs effective in the PD-1 pathway were an obvious target given their success in treating other malignancies (table).

In a successful phase I, multicenter, open-label trial of atezolizumab (an engineered anti-PD-L1 antibody made by Genentech) that included 67 previously treated metastatic bladder cancer patients who had limited treatment options, over a third of patients had regressed within 3 months of therapy. These impressive results in a refractory group of patients earned atezolizumab the first FDA-breakthrough therapy designation for bladder cancer in May of 2014, and data collection on the outcomes of a phase II trial of this drug (NCT02108652) is expected to be completed in November of 2015.

Another anti-PD-1 drug, pembrolizumab (an anti-PD-1 antibody made by Merck), has been recently reported to double the overall response rate compared to any other agent tested in treating urothelial cancer post-cisplatin chemotherapy. Patients treated with pembrolizumab in a phase Ib trial (NCT01848834) showed an overall response rate of 27.6%, a disease control rate of 38%, and a median overall survival of 12.7 months with 85% of the patients developing only mild or no adverse events.9 This same drug is currently being tested in locally advanced or metastatic bladder cancer and as a second-line treatment in multiple clinical trials (NCT02443324, NCT02256436, NCT02335424, NCT02452424, and NCT02500121).

Read - Working with APPs: Best practices from a successful practice

Pembrolizumab is also being tested in the only trial of its type of a PD-1 pathway active agent in superficial bladder cancer in combination with bacillus Calmette-Guerin (BCG [TheraCys, TICE BCG]) for patients with high-risk superficial bladder cancer who failed induction therapy with BCG. This study is being conducted at Southern Illinois University, Springfield, and preliminary results are anticipated in early 2017 (NCT02324582).

Another immune check inhibitor in the same pathway, nivolumab (an anti-PD-1 antibody made by Bristol-Myers Squibb), is being tested in a phase I/II trial in patients with several different types of cancers, including bladder cancer (NCT0192<394). In that study, patients are randomized to receive nivolumab with or without ipilimumab (another immune checkpoint inhibitor with activity in CTLA4 pathway).

Generally, treatment with anti-PD-1 agents is associated with frequent complaints of mild fatigue, rash, and pruritus. Diarrhea and colitis have also been described to a lesser extent. Patients treated with these agents could also develop pneumonitis that ranges from mild (grade 1, asymptomatic radiographic findings only) to severe, and was reported in up to 6% of patients treated with nivolumab for lung cancer, with only 2% expressing grade 3/4 toxicity.10 Pulmonary consultations, evaluation for infectious pneumonitis, and treatment with steroids are the current practice lines for any patient with possible pneumonitis related to anti-PD-1 use. Overall, the complication profile of anti-PD1 agents is mild, and the drugs are well tolerated when compared to other immunotherapeutic agents used in the treatment of different malignancies.

Drugs active in the PD-1 pathway are showing great promise in treating patients with bladder cancer when no other therapies have achieved much success over the past 2 decades. These agents’ promise is a reminder of the success of BCG in treating superficial high-risk bladder cancer, and highlights the integral role of immune pathways in the pathophysiology of bladder cancer. Since we are just starting to experiment with this new class of agents in vivo, there is still much to be learned about possible biomarkers of response and side effects, and such area of interest is ripe for urologists to be involved, considering their central role in treating bladder cancer. 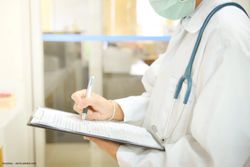