Prostate HIFU lands in the U.S. Now what?

"With all this uncertainty, the good news is that men will no longer need to travel to Canada or elsewhere for prostate HIFU therapy," writes Leonard G. Gomella, MD.

The first prostate high-intensity focused ultrasound (HIFU) units were approved in Europe in 2000 and in Canada in 2003. HIFU is now available to men who live in the United States to be treated in the U.S.

The two devices approved in 2015 by the FDA are the Sonablate 450 HIFU system (SonaCare Medical) and the Ablatherm Robotic HIFU (EDAP Technomed). Recently, EDAP filed for FDA approval for its Focal One HIFU, which combines MRI-ultrasound fusion to target specific prostate lesions. This unit is approved in several countries outside the U.S. (See related article.)

This FDA approval did not specify “prostate cancer” but rather “prostate tissue ablation,” a source of some confusion. FDA determined that HIFU was a safe and effective tool for the destruction of prostate tissue but was unconvinced that the data supported a prostate cancer-specific approval. While the short-term PSA and biopsy data (1-2 years) were encouraging for prostate cancer treatment, it would take many years and many patients to demonstrate HIFU’s superiority for localized disease.

The HIFU side effect profile appears similar to that of other localized prostate cancer treatments. As noted by several authorities, this HIFU approval is analogous to a scalpel-a tool that can effectively cut tissue but not approved to treat a specific disease. HIFU involves the use of ultrasound to induce tissue damage by thermal and mechanical effects and cavitation.

With this broad approval, it is now up to the urologic community to further define how to best use HIFU. With over 20 years of international experience, we must objectively study the world literature to optimize patient outcomes. For prostate cancer, should HIFU be complete, hemi-gland ablation, or focal therapy? What are the optimum patient and tumor characteristics? With our expanding understanding of immunotherapy, is there a role for prostate ablation as an immune primer for treating metastatic disease?

With all this uncertainty, the good news is that men will no longer need to travel to Canada or elsewhere for prostate HIFU therapy.

No link between PDE-5 use, prostate Ca recurrence 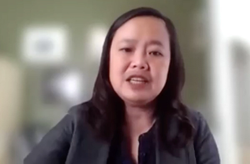 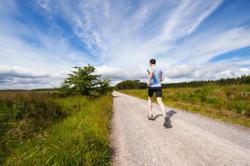