Between 2012 and 2018, 1752 patients received SRT for biochemical recurrence (>.2 ng/mL) or PSA persistence after RP. All RPs were performed at the Martini-Klinik center. All patients were treated with SRT to the prostatic fossa and/or locoregional pelvic lymph nodes. No patients had metastatic disease.

Würnschimmel noted that the median PSA at recurrence did not vary between the groups (0.2 ng/mL; P = .4).

In general, patients with positive PSMA PET had the worst tumor characteristics, including the highest rates of stage ≥pT3 disease (65.5%) and Gleason grade group 5 (17.2%). The median PSA at RP in this group was highest at 9.7 ng/mL, as was the median tumor volume (7.3 mL). Additionally, these patients had the highest rates of neoadjuvant androgen-deprivation therapy (ADT) during RP (10.3%), PSA persistence after RP (15.5%), and concomitant ADT during SRT (55.2%). They also had the shortest time to SRT at 16.9 months.

Patients with negative PSMA PET had the most favorable tumor characteristics. Overall, 54.5% of patients in this subgroup had ≥pT3 disease and 8.1% were Gleason grade group 5. The median PSA at RP was 8.0 ng/mL and the median tumor volume was 5.2 mL. The rates of neoadjuvant ADT, PSA persistence, and concomitant ADT during SRT were 9.8%, 13.8%, and 47.2%, respectively. The median time to SRT was 29.4 months.

The no PSMA PET patients demonstrated tumor characteristics that were “intermediate between the negative and positive PSMA PET groups,” said Würnschimmel. The rates of neoadjuvant ADT, PSA persistence, and concomitant ADT during SRT in this group were 8.0%, 8.1%, and 25.1%, respectively. These patients had the second longest median time to SRT at 21.7 months.

“This confirms the potential of PSMA PET to distinguish between risk groups for MFS,” said Würnschimmel.

Würnschimmel did note some limitations of the study, including the small size of the positive PSMA subgroup, the lack of standard imaging routines during follow-up, and the lack of available explicit radiologic information on disease burden. 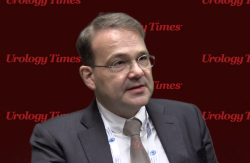 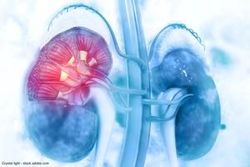