Current equations for determining estimated glomerular filtration rate (eGFR) contain coefficients that adjust eGFR for Black patients. These race coefficients were added to standardize for noted differences in serum creatinine (SCr) levels between Black and non-Black patients with similar GFR.1 Race-based equations, including the 1999 Modification of Diet in Renal Disease (MDRD) study (NCT04364113) and the 2009 Chronic Kidney Disease Epidemiology Collaboration (CKD-EPI), apply a multiplicative coefficient for Black patients of 1.16 and 1.21, respectively.2,3 However, race-based equations have been questioned by the medical community, which has broadly discussed removing the coefficients from these equations because of multiple concerns.

First, adjusting for race may be problematic given that race is a social—not biological—construct and may be susceptible to significant bias, especially when assumed by physicians and other medical staff. In addition, race can represent a genetically and socially heterogeneous group.4 Indeed, the observed significant increase in SCr levels that led to the adoption of the race coefficients was only noted in patients with at least 50% of African genetic ancestry compared with those with less than 25% when looking at the global ancestry proportions derived from genome-scale genetic data.5 Thus, there may be a need to redefine the Black patients who require an added coefficient to the equations or to abandon these coefficients altogether.

Furthermore, the methodologies of the studies that developed the CKD-EPI and MDRD equations have been criticized for several reasons. Importantly, the process for reporting race is not entirely clear—whether it was self-reported or identified by study personnel—and race itself is an estimated variable that cannot be objectively measured. Additionally, only 12% of the recruited patients in the MDRD study were Black. Seventy percent of Black patients in the CKD-EPI study had renal disease due to hypertension, whereas other racial groups had a wider variety and degree of kidney disease.2,3,6 In the MDRD study, it was believed that the higher SCr levels observed in Black patients were accounted for by greater muscle mass. However, this conclusion was not supported by any evidence in the literature, and assuming a difference in muscle mass based on a social rather than biological construct is questionable.1,3-5,7

In July 2020, the American Society of Nephrology (ASN) and the National Kidney Foundation (NKF) formed a task force that advised the discontinuation of these equations and advocated for adoption of the CKD-EPI creatinine equation refit for American adults (2021 CKD-EPI refit), which includes creatinine, age, and sex without a coefficient for race.8 The goal was that race-free equations would result in more accurate diagnosis of kidney disease, better surveillance, more appropriate specialist referral, and earlier qualification for renal transplantation.9 Indeed, when adopting the CKD-EPI refit in millions of patients, data from the US National Health and Nutrition Examination Survey (NHANES 2011-2018) demonstrated a reclassification of 3.9% of Black patients into worse CKD stages and a 2.9% increase in the prevalence of abnormal renal function prevalence (eGFR<60 mL/min/1.73 m2).10 Similarly, another study showed that at lower measured eGFRs (<20 mL/min/1.73 m2), there was significant reclassification improvement (+6.4%) in Black patients when using the CKD-EPI refit equation, which could have implications for access to CKD resources.11 In contrast, the removal of race coefficients could potentially have negative consequences, such as decreasing the eligibility of Black patients for clinical trials, kidney donation, and prescriptions for certain antibiotics and other medications at efficacious doses.4,9 This potential will require close monitoring to avoid creating new disparities in health care.

The race-based renal function equations also affect urologic oncology. The incidence of renal cell carcinoma has been continuously rising,12 especially in Black patients, who have also demonstrated lower survival rates than non-Black patients, even when adjusting for known predictors of survival.13 The American Urological Association Renal Mass and Localized Renal Cancer Guidelines recommend estimating the postoperative eGFR in patients with renal mass to prioritize partial (PN) over radical nephrectomy (RN) when the postoperative eGFR will be less than 45 mL/min/1.73 m2, among other conditions.14 PN has been shown to have lower overall mortality and risk of developing CKD compared with RN.15 Black patients have been shown to be less likely to undergo PN than non-Black patients, despite their higher prevalence and risk of CKD.16 Among speculative causes behind this racial disparity, the preoperative assessment of renal function through race-based equations of eGFR could be playing a part, to some extent, in the decreased utilization of PN in Black patients as well as their decreased survival.2,4,17

To explore this, a retrospective review of 6327 patients who underwent PN or RN from 2005 to 2020 at Cleveland Clinic was conducted.18 Overall, 10.3% of patients were Black. Compared with non-Black patients, Black patients had higher comorbidity rates and lower preoperative eGFR. Black patients had lower overall PN rates than non-Black patients (49% vs 57%; P<.001), which is concordant with previously published results. On multivariable logistic regression analysis, Black race was inversely associated with PN receipt (Odds ratio=0.76 (0.61-0.96); P=.001). When using the new CKD-EPI refit equation preoperatively, 27% of Black patients would have been reclassified in worse CKD stages, which might have increased PN indications in this population. When trying to predict the surgery type received by Black patients based on the preoperative eGFR, using the CKD-EPI refit equation increased their probability of having a PN by 1.1%, compared with using the CKD-EPI equation. As other factors such as access to care, socioeconomic conditions, patient preference, and other unknown confounders might have played a role in the observed disparity, it is still unclear whether overestimating the postoperative eGFR of Black patients contributes to the lower use of nephron-sparing approaches in this population. Future studies need to focus on this hypothesis by comparing the management and outcomes of Black patients with renal tumors when using race-based and race-free equations to predict postoperative eGFR. 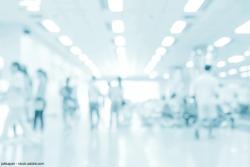