Real-world data for patients treated with 5 alpha-reductase inhibitors (5-ARIs) showed that sexual adverse events (AEs) occurred at higher rates in patients receiving finasteride compared with dutasteride, according to a study presented during the 2021 European Association of Urology Annual Congress.1

The risk of ejaculation disorders was 8 times higher with finasteride versus dutasteride, and the risk of erectile dysfunction and decreased libido was 5 times higher (P = .001).

The urology literature has established an increased risk of sexual AEs in patients with benign prostate hyperplasia (BPH) treated with the 5-ARIs finasteride and dutasteride. The investigators launched this study to compile and compare real-world data for these 5-ARIs.

For their study, the researchers used data from the Eudra-Vigilance (European Union Drug Regulatory Authorities) database, a system created by the European Medicines Agency to manage and analyze AE information related to medicines approved in or being examined in clinical trials in the European Economic Area (EU countries, Iceland, Liechtenstein, and Norway).

“We recorded the number of sexual AEs for dutasteride and finasteride per category and severity until January 2021. Pooled relative risk was used to compare data between the 2 drugs,” said Franco.

Franco noted most of the AEs occurred in elderly patients (aged 65-85 years), at 62% in both the finasteride and dutasteride arms (P >.05).

Franco explained that when interpreting the results of the study, limitations of the EudraVigilance databased should be noted, included the number of patients, the indication of the treatment itself, and combination therapy with 5-ARIs that the patient may have received. 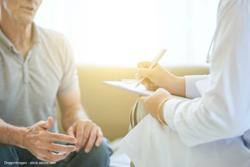 Dr. Kramer on the efficacy of dutasteride in treating LUTS 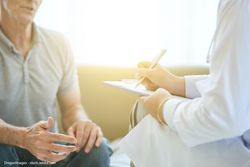 Investigators examine effect of statins on LUTS secondary to BPH