“We believe that aggressive loco-regional resection may be worth considering in well-selected patients as a part of a multimodal approach in the management of men with node-positive prostate cancer,” says study author Bimal Bhindi, MD.

Analyses of outcomes after long-term follow-up of men with pathologic node-positive prostate cancer (pN+ PCa) show the addition of radical retropubic prostatectomy (RRP) to surgical castration and pelvic lymphadenecctomy is associated with improved cancer-specific and overall survival, according to findings of a retrospective matched-cohort study presented at the AUA annual meeting.

“Because there is unmeasured selection bias and confounding that we cannot account for in an observational study, our findings would need to be confirmed with a randomized clinical trial in order to confidently recommend radical prostatectomy as the standard of care for men with node-positive prostate cancer,” said Bimal Bhindi, MD, of Mayo Clinic, Rochester, MN.

Also see: How to estimate life expectancy in men with localized prostate Ca

“Considering the data and our study’s strengths and while awaiting a definitive clinical trial, however, we believe that aggressive loco-regional resection may be worth considering in well-selected patients as a part of a multimodal approach in the management of men with node-positive prostate cancer,” added Dr. Bhindi, working with R. Jeffrey Karnes, MD, and colleagues.

Men included in the study had a minimum potential follow-up of 20 years. They were identified from among those diagnosed between 1967 and 1995 with pN+ PCa on pelvic lymphadenectomy who underwent early bilateral orchiectomy alone (382 men) or with RRP (79 men). The latter 79 men were matched 1:1 with men having orchiectomy alone based on age, year of surgery, clinical grade, clinical stage, number of positive nodes, and preoperative PSA (available for 34 men in each group; median value, 51.4 ng/mL).

Next: Cancer-specific survival significantly higher in the RRP plus orchiectomy cohort compared to orchiectomy alone group

In Cox regression analyses, men who underwent RRP plus orchiectomy had a 72% lower risk of prostate cancer-specific death and 52% lower risk of death from any cause compared with the cohort that had orchiectomy only. Kaplan-Meier and Cox regression analyses that included only men with preoperative PSA data available generated results that were similar to those obtained for the entire study group.

The research, which is in press in the Journal of Urology, represents an update to an analysis of the same cohort that was published in 1999 (J Urol 1999; 161:1223-7). The earlier study found overall and cancer-specific survival advantages at 10 years in the RRP plus orchiectomy group. Adding RRP to orchiectomy did not significantly improve survival at 5 years in the subgroup of men with preoperative PSA available.

“There were fewer events in the earlier study due to the shorter duration of follow-up, and so it may have lacked sufficient power to detect statistically significant differences between groups in the subset of patients with PSA available,” Dr. Bhindi told Urology Times. “In this updated analysis, added RRP was significantly associated with improved cancer-specific and overall survival outcomes even among the subset with PSA available.

“A few other observational studies investigated the effect of adding RRP to a systemic therapy approach for men with nonorgan-confined prostate cancer, and they also reported benefit for resecting the primary tumor. The longest median follow-up in those studies, however, was only 8.2 years and none had such near-complete follow-up of patients until death as our study did.”

The authors also noted that although medical androgen deprivation therapy is now used more commonly than surgical castration, they believe their findings can be generalized to the current era because there is no strong evidence suggesting efficacy differences between surgical and medical castration.

When is the right time for genetic testing in prostate cancer? 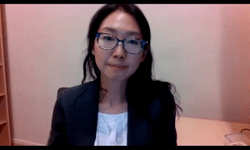 Dr. Kang discusses what a recent study of prostate MRI means for clinicians and patients