Some urology RVUs do not track with complexity, outcomes

While the relative value units associated with urologic procedures are generally in line with the surgical complexity and outcomes associated with them, there are four outliers that may warrant a closer look, results of a recent investigation show.

While the relative value units (RVUs) associated with urologic procedures are generally in line with the surgical complexity and outcomes associated with them, there are four outliers that may warrant a closer look, results of a recent investigation show.

Two procedures that had work RVUs lower than expected based on the combination of operating time, morbidity, and length of stay were retroperitoneal lymph node dissection and cystectomy with bilateral pelvic lymph node dissection, according to the analysis, which was presented at the 2018 American College of Surgeons clinical congress in ­Boston.

By contrast, laparoscopic partial nephrectomy and laparoscopic ureteral reimplantation had work RVUs that could be adjusted downward, based on a model including three variables, said investigator Case Wood, MD, a urology resident with the University of North Carolina, Chapel Hill.

“It’s a relatively thoughtful system and I think it’s well intended, but looking at some of these specific numbers would probably do all surgical fields some benefit,” said Dr. Wood, working with Raj Pruthi, MD, and colleagues.

Also see: How to make your EHR work for you

Work RVUs for those procedures ranged from a low of 4.64 for transurethral resection of small bladder tumor, up to 44.26 for radical cystectomy with neobladder.

Retroperitoneal lymph node dissection had an RVU value of 17.7, but should actually be around 10.6 units higher, going by a multivariable model the authors built based on three variables, including length of stay, operating time, and patient morbidity.

Likewise, cystectomy with bilateral pelvic lymph node dissection was 34.1 RVUs, which could be increased by 6.5 units, based on the modeling.

“Certainly, our outcomes are limited by the variables that we’ve defined to represent complexity and workload, but we were surprised to see as good of a correlation as we did, to be quite honest,” he said.

Length of stay, operative time, and morbidity were used to create the multivariable model because they had strong correlations with RVUs at the individual variable level, with R2 values of 0.80, 0.87, and 0.75, respectively, Dr. Wood said.

Based on these findings, RVUs for individual CPT codes should be reassigned using a “data-driven approach,” he said. 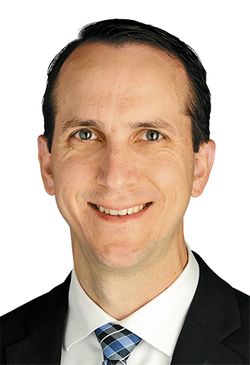