A new staging system for anterior urethral strictures is easy to use, demonstrates good reliability, and is expected to have useful applications in research and clinical care, say researchers from Cornell University’s Weill Medical College, New York.

If multiple strictures are present, each is staged individually as long as there is normal urethra (stage 0) between them.

“We were prompted to develop this system recognizing the lack of a common lexicon for describing anterior urethral strictures and the absence of information on the potential for progression of strictures with a wide caliber,” said Dr. Purohit, clinical assistant professor of urology at Weill Medical College.

“This cystoscopy-based system can be used almost universally by all urologists, and we believe it will provide a framework for collecting data that will help us determine appropriate follow-up for patients with less severe strictures while also aiding general urologists in knowing which stricture patients should be referred to a reconstructive specialist. In addition, we believe the staging system will be useful as a standardized outcome measure in evaluating the efficacy of stricture treatments,” added Dr. Purohit, who presented the findings at the AUA annual meeting in San Diego.

Reliability of the staging system was investigated by having three clinicians grade stricture type for 101 patients based on cystoscopy videos, each viewed on two separate occasions. The indications for cystoscopy varied, but 20 patients had a known history of urethral stricture disease. Intra- and inter-observer agreement was calculated using the unweighted Cohen’s kappa (kappa ≥0.41=moderate or better reliability).

“Since the ratings were based on video review, there was no haptic feedback that is necessary to discriminate stage 1 and 2 strictures. In addition, the raters had no knowledge of the amount of stretch placed on the penis during cystoscopy. Those two factors can impact the ability to differentiate between normal urethra and stage 1 strictures,” said Dr. Purohit, commenting on the lower inter-observer reliability scores for the lower stage strictures.

“In clinical practice, we believe the accuracy of this staging system will be much higher.”

He acknowledged that the staging system has some limitations as it will not evaluate strictures proximal to a stage 3 stricture given that the cystoscope cannot pass that site. Additionally, it does not evaluate the extent of spongiofibrosis, and in its current iteration, the system is not robust enough to direct type of treatment for the reconstructive surgeon.

Currently, Dr. Purohit and Dr. Blaivas are working to refine the staging system so that it takes into account stricture location, number, and length. In addition, they hope to use it in studies designed to collect information on stricture progression and correlations between stricture stage and symptoms.UT 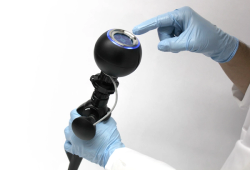