Patients using anticholinergic medications for the management of overactive bladder (OAB) are at increased risk of new-onset dementia compared with individuals treated with the beta-3 agonist mirabegron (Myrbetriq), according to findings of a new population-based, retrospective study published online March 13, 2020, in BJU International.

Patients using anticholinergic medications for the management of overactive bladder (OAB) are at increased risk of new-onset dementia compared with individuals treated with the beta-3 agonist mirabegron (Myrbetriq), according to findings of a new population-based, retrospective study published online March 13, 2020, in BJU International.

The research, which was conducted by Blayne Welk, MD, MSc, and Eric McArthur, MSc, both of Western University in London, Ontario, Canada, compared matched cohorts of patients who were newly prescribed an anticholinergic agent or mirabegron for OAB. By Cox proportional hazards modeling, the investigators found a statistically significant, 1.23-fold increased risk of new-onset dementia in the anticholinergic-treated group. The difference in the event rate between the two groups was 1 case per 137 person-years.

Welk, an associate professor of surgery (urology) at Western University, told Urology Times®, “The increase in the absolute risk of dementia associated with the anticholinergic agents appears small. Nevertheless, it may be a consideration when selecting medications for treating OAB, particularly in patients concerned about cognitive changes.”

Welk observed that previous studies have raised concern about an association between anticholinergic medication use and dementia. Protopathic bias, however, may be a limitation of those studies because their methods do not rule out that patients were using anticholinergic agents to manage urinary symptoms that were prodromal of dementia.

Patients included in the study were identified via linked administrative databases that were searched for new users of an anticholinergic agent or mirabegron to treat OAB. A propensity score was created to match the anticholinergic and mirabegron users, taking into account 75 baseline characteristics, which included demographic features, medical comorbidities, other medications, and prior health care utilization.

A total of 47,324 patients prescribed oxybutynin (Ditropan), tolterodine (Detrol), solifenacin (VESIcare), darifenacin (Enablex), fesoterodine (Toviaz), or trospium (Sanctura) for OAB were matched to 23,662 new users of mirabegron. The patients in each group had a mean age of 73 years and included a slight predominance of women (55.5%). The median prescription duration was twice as long for the anticholinergics compared with mirabegron, 30 vs 60 days.

New-onset dementia, which was identified using a validated administrative data definition, occurred among 3.3% of anticholinergic users during 38,069 patient-years of follow-up and 2.6% of mirabegron users during 17,755 patient-years of follow-up. The new-onset dementia event rate was 41.3/1000 person-years in the anticholinergic group and 34.0/1000 person-years among the mirabegron users.

Tolterodine, including both immediate-release and long-acting formulations, was the most commonly used anticholinergic agent (40%) followed by oxybutynin (29%) and solifenacin (26%). In an exploratory analysis, the risk of dementia did not vary between the different anticholinergics.

“Some previous studies suggest that oxybutynin in particular causes cognitive impairment, but we did not find that association,” Welk said.

Additional analyses compared rates of new-onset dementia between anticholinergic and mirabegron users with patients categorized into subgroups according to various demographic and clinical characteristics. The results showed that the risk of dementia development with anticholinergic treatment was highest among men and in patients aged 75 years or younger.

“These findings of significant effect modification are novel and should be investigated further in the OAB population,” Welk said. 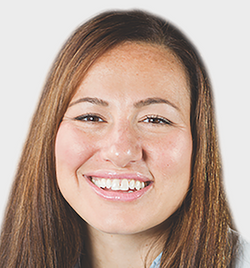 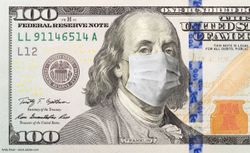