The research, which included analyses of tumor tissue, also identified notable differences in the nature of mutations between patients with UTUC and UCB that the authors said underscores the distinct biology of the two diseases.

Reported by Sumanta K. Pal, MD, et al in an article published online on March 24, 2020, in the journal Cancer, the paper presented updated findings from an expansion cohort of a phase I trial of infigratinib. It included 67 patients (8 with UTUC, 59 with UCB) and was designed to compare the response patterns of patients with UTUC and UCB and investigate differences in the biologic underpinnings of the 2 diseases.

Eligibility criteria required that patients have somatic alterations in FGFR3 with suspected functional significance, a World Health Organization performance status of 0 to 2, adequate bone marrow, hepatic, and renal function, and no prior therapy with any FGFR or mitogen-activated protein kinase inhibitors.

The patients were heavily pretreated, with 70% having received at least 2 prior anticancer regimens. In the UTUC group, infigratinib represented second-line treatment for approximately two-thirds of patients, and 25% had responded to a prior anticancer regimen. In contrast, 45.7% of patients with UCB had received two or more lines of prior therapy and 16.9% had demonstrated a prior response.

Oral infigratinib was administered for 21 days in a 28-day cycle. Dose adjustment was allowed based on tolerability and treatment continued until disease progression or development of intolerability toxicity.

In the UCB group, the ORR was 22%, representing 13 patients, all with a PR. Of the remaining patients, 22 achieved a best response of stable disease, translating into a DCR of 59.3% in the UCB group. The UCB patients had a median progression-free survival of 3.65 months and a median overall survival of 7.00 months.

Continue to the next page for more.The authors noted that 2 additional patients with UTUC were enrolled during a dose escalation phase of the study, of which 1 had a durable CR. Including that patient, the ORR for the UTUC cohort remained 50% and the CR increased to 20%.

Commenting on the results, the authors stated, “To our knowledge, these are the highest response rates achieved in a UTUC cohort to date and this is the only targeted therapy found to have differentiated efficacy in patients with UTUC compared with those with UCB.”

The results from genomic profiling of tumor tissue revealed a smaller repertoire of mutations in patients with UTUC and a different distribution of FGFR3 alterations between the two disease groups. FGFR3-TACC3 fusions were more common among patients with UTUC versus UCB (12.5% vs 6.8%). In addition, a higher proportion of UTUC patients compared with the UCB patients had FGFR3 R248C mutations (50% vs 11.9%) while the frequency of FGFR3 S249C mutations was lower in the group with UTUC versus UCB (37.5% vs 59.3%).

Acknowledging the limitation of having a small sample size, the authors noted that the finding of less heterogeneity in patients with UTUC versus in those with UCB is consistent with previous reports. In addition, they suggested the data may correspond with a greater likelihood that FGFR3 is the primary cancer-driving alteration in UTUC as well as a greater likelihood of response to infigratinib among patients with UTUC versus UCB 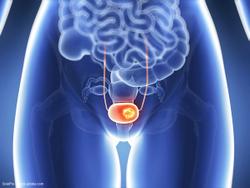 Final report of the OLYMPUS Jelmyto trial: Takeaways for urologists

Dr. Lerner on the pivotal OLYMPUS trial of Jelmyto in UTUC