“One of the goals of this study was to look at whether 24-hour urine testing in the VA population included all the important components of 24-hour urine panel testing,” says Ryan Hsi, MD, FACS.

Recent studies have reported on a lack of benefit from 24-urine testing under the assumption that most tests are done with all components of the test completed. Ryan Hsi, MD, FACS, and colleagues conducted a study to analyze the level of completeness of 24-urine testing in the VA population,1 and Hsi discusses these findings in the following interview with Urology Times®. Hsi is an associate professor of urology at Vanderbilt University Medical Center in Nashville, Tennessee.

The context for this study comes from the clinical guidelines for the management of urinary stone disease. These guidelines recommend that 24-hour urine testing be performed in high-risk or interested patients with kidney stones. There have been several recent observational studies that have looked at subsequent stone events among patients with and without 24-hour urine testing, and they found no difference in outcomes.

What were some of the notable findings? Were any of those surprising to you and your coauthors?

We found that 24-hour urine testing occurred in about 1 in 12 VA patients who had a urinary stone diagnosis. This rate didn't surprise us; it is similar to what has been reported among those with private insurance in the US. We did note that the rates of testing declined slightly, about 2 absolute percentage points, over the study interval, despite the introduction of guidelines recommending it during the study period.

We also found that among those who received any 24-hour urine testing in the VA population, about half had complete testing. We used what the guidelines had recommended in defining the components of complete testing. This figure increased from about 40% to about 60% over the 8-year study period. [Although] the number is low, it was increasing. Both of those observations were surprising.

Then, we found that the facility-level variation significantly contributed to the observed variation. Put it another way, that means that where veterans received their care strongly influences whether 24-hour urine testing was performed.

One is that we acknowledge that many healthcare systems may not allow providers to order 24-hour urine components as a panel-based test or as a whole. Many providers are ordering them individually, which can be burdensome and time intensive. We think that with the increasing use of electronic health records and order entry, panel-based testing can be developed at the facility level. We've noticed that some facilities dramatically increased their testing rates over the time period. We also recognize that 24-hour urine testing often is still done by third-party commercial laboratories. One of the advantages of doing these laboratories is that they offer panel-based testing.

We're starting to be able to access large datasets with 24-hour urine testing data and the actual values themselves. So, we are about to enter a time when we can understand not just who gets testing, but what the results of those tests are. We can look at treatment response, we can look at risk stratification, and we can look at how providers interpret and manage testing results. Hopefully, in the next few years, we'll have a lot more data about how 24-hour urine testing is influencing stone care. 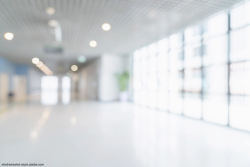 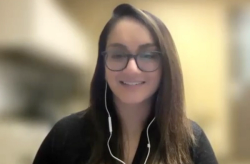 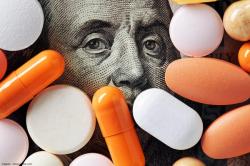