Tele-cystoscopy was found equivalent to traditional cystoscopy with respect to identification of abnormalities and action decisions.

Tele-cystoscopy has the potential to expand the availability of cystoscopy for bladder cancer surveillance to patients living in underserved areas, according to findings from a pilot study published in the Journal of Urology.1

Tele-cystoscopy represents a collaborative approach to providing necessary surveillance for patients with urothelial bladder cancer in the face of urologist workforce shortages while also addressing liability and quality issues faced by urologists. It involves cystoscopy performed by an advanced practice provider (APP) with real-time monitoring and interpretation by a remote urologist.

Researchers from the University of Virginia and Cleveland Clinic conducted the pilot study to evaluate the clarity of the transmitted videos, APP proficiency, and diagnostic capability of the tele-cystoscopy. Analyses were based on cystoscopies performed in 6 patients seen at 3 telemedicine centers. Each patient underwent both tele-cystoscopy performed by a trained APP guided by a remote urologist and traditional cystoscopy done by an onsite urologist.

Tele-cystoscopy was also found equivalent to traditional cystoscopy with respect to identification of abnormalities and action decisions. Neither the provider performing the cystoscopy nor the location of the procedure had a significant effect on ability to make a diagnosis using the video or the decision for action.

Safety was good. No patients developed a urinary tract infection nor any other complications. In addition, patient satisfaction with the experience was high.

Patients were eligible for enrollment in the pilot study if they had a history of microscopic hematuria, gross hematuria, urothelial cancer, or refractory lower urinary tract symptoms. Five of the 6 patients included in the analysis were undergoing surveillance for urothelial cancer. The urologists who reviewed the captured videos included 7 academic physicians and 4 who were in community practice.

Overall, 36 video recordings were captured, each urologist reviewed between 3 and 6 videos, and each video was evaluated twice by each reviewer.

Video clarity was assessed based on image resolution and speed of transmission and was found to be poorer for the transmitted video compared with the onsite video from traditional cystoscopy. The difference was attributed to video transmission rather than operator performance.

Practitioner proficiency ratings judged visualization of bladder landmarks, recognition of abnormalities, rating of overall technique, and postulation regarding whether the operator wasa physician or APP. Thoroughness of examination and identification of an abnormality were found to be similar for the procedures done by APPs and urologists. Overall technique score was higher for the urologists but the difference compared with the APPs was not statistically significant.

Diagnostic capability was assessed based on whether the cystoscopy thoroughly examined all major bladder landmarks, if a diagnosis could be made based on the video, and what action the reviewer would recommend taking after the examination. Comparison of reviewers’ action decisions showed high diagnostic agreement.

Of note, when the University of Virginia investigators were developing their tele-cystoscopy program, they first optimized the technical infrastructure needed so that the real-time video images would have sufficient clarity for remote interpretation. In addition, they created a cystoscopy training program for APPs that included a competency scoring system. 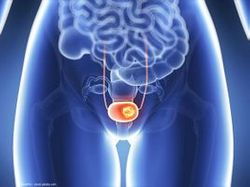