Study: Urethroplasty use on the rise

“The actual AUA guidelines about urethral stricture management weren’t published until 2017, so it’s too early to specifically evaluate the impact of these guidelines on management,” said study investigator Niels V. Johnsen, MD, who was a male genitourinary trauma and reconstruction fellow at the University of Washington at the time of the study. The findings from the current study were presented at the 2019 AUA annual meeting in Chicago.

Also see: The case for transperineal prostate biopsy vs. the transrectal approach

From 2008 to 2016, which included data on more than 15 million eligible male beneficiaries per year on average, the crude urethroplasty rates per stricture diagnosis had significantly increased by about 44% over the study period, the researchers found.

“More importantly, when we looked at what we defined as ‘appropriate care,’ there has been an 87% increase in appropriate care during the period as well. After adjusting for age and comorbidity status, there was an approximately 18% increased odds of receiving ‘appropriate care’ for each additional year in the study, while older and sicker men remained more likely to undergo endoscopic management as would be assumed,” said Dr. Johnsen, currently assistant professor of urology at Vanderbilt University Medical Center, Nashville, TN.

He said the impetus for this study was that there had been signs within the urology community and some previously published works that the tides were beginning to turn and more urologists were feeling more comfortable performing basic urethroplasty techniques. Over the past decade, a growing body of literature has shown that repeat endoscopic procedures are unlikely to provide good long-term success, resulting in the latest AUA guidelines in 2017.

Dr. Johnsen noted there are some limitations to the current study, including the fact that the authors did not have information as to why patients/providers choose to undergo one management or another.

Read: What are Category III codes, and how are they best used for billing?

“We also do not know if certain individuals were offered a urethroplasty and then opted to undergo repeat endoscopic treatment,” said Dr. Johnsen.

Another limitation is that the definitions of “appropriate” and “inappropriate” care are based on the current guidelines, but not necessarily a reflection of adherence to the guidelines prior to 2017.

This study is important because it shows that nationwide it is becoming less likely that patients will undergo repeat endoscopic management of urethral strictures, suggesting a better understanding by urologists of the low long-term success rates of endoscopic management and relatively higher success rates of urethroplasty, according to Dr. Johnsen.

However, what is driving this evolution is not entirely clear. He said it appears to be due in part to both better data on the relative success rates, as well as increased comfort and distribution of urethroplasty surgical techniques through changes in resident training. 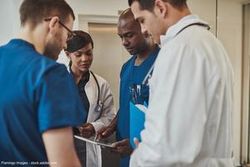