Only one-fourth of urologists report understanding the choices available to them regarding the Merit-based Incentive Payment System and Advanced Alternative Payment Models created under Medicare’s Quality Payment Program, according to the Urology Times 2017 State of the Specialty survey.

I understand my choices regarding MIPS and APMs

Only one-fourth of urologists report understanding the choices available to them regarding the Merit-based Incentive Payment System (MIPS) and Advanced Alternative Payment Models (APMs) created under Medicare’s Quality Payment Program. A similar percentage of urologists are prepared to report their MIPS or APM experience, according to the Urology Times 2017 State of the Specialty survey.

In general, the concept of value-based health care reimbursement earns poor marks from urologists, with 24% saying it’s a “bad idea that will not succeed” and 61% indicating it’s “a good idea in theory but much harder to execute in practice.”

The State of the Specialty survey, in its twelfth year, examined urologists’ attitudes and experiences concerning topics ranging from the evolving physician reimbursement system to maintenance of certification (MOC), burnout, hospital employment, telemedicine, and the stressors of daily practice. A total of 252 urologists and urology residents responded. (Also see, “How the survey was conducted.")

I am prepared to report my MIPS or APM experience

Several survey questions centered around the shift from fee for service to value-based care. Thirty-eight percent of respondents said they would prefer to be compensated via a straight salary, or a salary with relatively small incentives, versus fee for service. Just over one-third (36%) said they would favor a single-payer health insurance system.

When asked to describe their attitude toward value-based care, urologists were given four statements to choose from plus a fill-in option. The write-in comments were nearly universally negative. “It is a very bad idea because they always measure the wrong thing!” said one respondent. “It’s not in the interest of patients but of insurance and government,” said another, while a third said, “They have no idea what value is in health care nor how or what to measure.”

Half of urologists strongly agreed with the statement, “I used to enjoy being a physician more, but today it is less financially lucrative and more stressful.” Another 33% agreed with this statement. Only 9% disagreed or strongly disagreed with it.

There are other indications from the survey that the challenges of practicing medicine today outweigh the enjoyment for many urologists. Forty-one percent of respondents consider themselves burned out, and another 32% say they’re not currently burned out but are heading in that direction.

Given the publicity surrounding the hassle involved with electronic health records, it’s not surprising that EHR use was the number one factor leading to burnout, with 64% of urologists saying it “very much” contributes to their feeling burned out. (Also see, “EHR survey: Urologists’ usage, satisfaction revealed") Other big contributors to feelings of burnout were workload (54%), falling revenue and/or rising overhead (52%), prior authorizations (39%), and unappreciative patients/unreasonable patient expectations (35%).

In a fill-in option, urologists were not shy about listing other factors leading to burnout. “Hospital attitude toward urologists has totally reversed in last 10 yrs and they are antagonistic,” one respondent said. Another cited the “Google educated patient,” and another noted that “young people don’t work.”

Burnout is severe enough that it figures into many urologists’ decision about retirement. Provided multiple possible factors influencing their decision on when they plan to retire, burnout was the number one response at 64%. This was followed by government influence in medicine (57%), loss of interest/enjoyment (55%), declining reimbursement (51%), workload (42%), not wanting to take the recertification exam, and personal health/ability (both 31%).

Urologists’ leading concerns tended to match their sources of burnout and drivers of retirement. Asked to rank their concern about 17 issues on a scale of 1 to 5 with 5 representing “very concerned,” 93% of survey respondents rated increasing government regulations a 4 or 5. Additional popular answers were declining reimbursement (89%), prior authorization requirements (83%), pressure to keep up with patient load (81%), increasing overhead/overhead management (81%), and quality metrics/reporting requirements (80%).

Are you burned out?

Several survey questions looked at recent trends impacting the practice of urology, including hospital employment, MOC’s value, the use of telemedicine, and the shrinking work force. About half (49%) of urologists report already being employed by a hospital/health system or belonging to a large group (eight or more urologists). Another 21% say they’re thinking about hospital employment or joining a large group. The main reasons for considering this choice include less administrative hassle (cited by 64%), easier reporting of MIPS/APM experience (52%), more affordable infrastructure (48%), better reimbursement, and more free time (both 39%).

Nearly all respondents have certification from the American Board of Urology; 79% report having a time-limited certificate and 19% a certificate that is not time limited. Nearly two-thirds (64%) say they don’t plan to take the recertification exam when they are age 60 or older or within 5 years of the end of their career. Nevertheless, 63% strongly agree or agree with the statement, “I feel that board certification is necessary to preserve the integrity of urology as a specialty.”

Telemedicine has a viable future in urologic practice, according to 45% of survey respondents-possibly reflecting a belief that remote visits are a means to address the urologist shortage.

Looking ahead to 2018, the most frequently cited plan was to add another urologist to the practice (20%). Other plans for the coming year include retirement from the practice of urology (10%), seeking a medical job in a non-clinical setting, becoming hospital employed, and working locum tenens (all 7%).

To what extent do these factors contribute to your feeling of being burned out?

"Hospital attitude toward urologists has totally reverse... they are antagonistic"

What's your attitude toward value-based care?

What are your primary concerns?

A. Do you perform major open procedures?
B. Does your practice offer services that address non-urologic needs of male patients?

What factors influence your decision to retire?

"devaluing services of urologists is incessant"

Have you considered hospital employment or joining a large group (8 or more)?

Why have you considered hospital employment or joining a large group?

"Overhead and government mandates forcing private doctors out of business"

What non-physician providers does your practice employ?

What types of ancillary equipment/facilities does your practice own/invest in?

How the survey was conducted

The 2017 Urology Times State of the Specialty survey was conducted via email during a 2-week period in October 2017. Survey recipients, who were subscribers to Urology Times, were required to indicate that they were a urologist or urology resident before responding to questions. A total of 252 responses were obtained. The majority of respondents (81%) were in the 45-69 age group, and just over half were in private practice. As an incentive, those who responded were eligible to enter a drawing to win one of three $100 Visa gift cards. 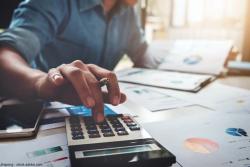 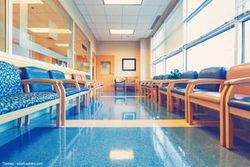