MS COLLINS is an attorney specializing in medical malpractice in Long Beach, California. She welcomes feedback on this column via e-mail. Click on the envelope icon to email.

Dawn Collins, JDA 64-year-old New York man who had suffered from chronic kidney failure was a recipient of a donor kidney in 2007. The kidney donor’s diagnosis at time of transplant was meningitis. It was later learned that the donor died from cancer. The recipient patient was notified of the cancer diagnosis and after a biopsy on the transplanted kidney, the patient underwent radical nephrectomy.

That kidney was found to be cancerous, and the patient underwent a precautionary course of chemotherapy. He did not develop cancer and eventually received another kidney.

The man sued the urologist who implanted the cancerous kidney, several other physicians who treated the donor, and the facility where the donor had received treatment. The suit alleged that the urologist failed to properly assess the viability of the donated kidney and that the remaining physicians and hospital failed to diagnose the donor’s maladies, which would have prevented use of the man’s kidney for transplant. He claimed the course of chemotherapy greatly delayed his receiving another kidney.

The man died after filing the lawsuit, and the suit was continued by his estate. It proceeded against the urologist only and alleged the urologist should not have permitted the patient to receive the kidney from a donor with a diagnosis of bacterial or viral meningitis. While the urologist was unaware the donor had cancer, the lawsuit claimed that he failed to recognize that the diagnosis of meningitis increased the risk of complications to the recipient patient and contraindicated use of that kidney.

The urologist countered that the transplant was appropriate, that there was significant doubt about the diagnosis of meningitis, and the recipient patient was extremely ill and needed urgent kidney transplant. The jury found in favor of the urologist after deliberations of 75 minutes at the conclusion of a 2-week trial.

LEGAL PERSPECTIVE: The donor in this case was admitted to the hospital with symptoms of meningitis and was treated for this. His last two spinal taps revealed no bacteria, and no viral pathogens were found. He subsequently went into a coma and became an organ donor with a  final diagnosis of viral meningitis or encephalitis. An autopsy of the donor’s brain revealed he died of a rare form of T-cell lymphoma and thus the recommendation to the recipient to have the transplanted kidney removed. The donor’s physicians and hospital were unaware of the presence of cancer at the time of transplant and they were dismissed from the case prior to trial.

Next: Delayed diagnosis of bladder cancer

A 66-year-old Virginia man underwent a bladder scan without contrast at a federal facility after he noticed hematuria. Bladder diverticulum was revealed, ultrasound examination was performed, and he was scheduled for a urology consult. The urologist ordered urinalysis and urine cytology testing, which were not done.

A month later, a cystoscopy was done and noted the presence of a stone as well as prostatic hyperplasia. The hematuria continued over the next several months. The patient also developed pain on urination and the urologist prescribed medication. The pain spread to his testicle and groin, and he was referred to a psychologist for counseling.

The patient then consulted a private urologist, who performed a cystoscopy. Additional testing led to a diagnosis of Stage III bladder cancer. A month later, a radical cystectomy was performed, followed by several other operations. The cancer has not recurred.

The man sued the original urologist seen through the federal facility, and claimed that he failed to timely diagnose the bladder cancer and failed to perform a proper workup. His theory was the tumor was misdiagnosed as a stone.

The court found in favor of the patient and awarded $500,000 for pain and suffering.

Next: Claim of failure to diagnose kidney cancer

A 62-year-old New York woman learned in 2010 that she had a large Stage III cancerous tumor on her left kidney. She underwent a nephrectomy, but the cancer had metastasized to her lymph nodes and was later found in one of her lungs.

The woman experienced recurrent infections of her urinary tract and had long-standing neurogenic incontinence of her bladder. Those conditions were managed by her urologist over a 10-year period, in which she had 75 examinations. The patient’s cancer was discovered after she transferred care to another urologist.

She sued her original urologist, claiming her cancer should have been diagnosed in 2007; she also claimed that timely treatment would have prevented the cancer’s spread. She died after the lawsuit was filed and her husband continued the suit on her behalf. It was alleged that the patient’s incontinence and recurrent infections should have prompted biannual imaging of her kidney, and such imaging would have allowed the cancer diagnosis to be made earlier.

The urologist argued that the patient’s symptoms did not require imaging studies over the previous 10-year period, and he claimed that after the patient’s UTI in 2010 he planned to use imaging after the administration of an antibiotic, but the patient abandoned his treatment.

He also claimed the patient’s frequent infections resulted from her daily self-catheterizations necessary due to incontinence. The jury found in favor of the urologist after deliberating 3½ hours at the conclusion of a 10-day trial.

How surgical time-outs may (or may not) lower litigation risk

Patient dies after prostatectomy; is his urologist at fault? 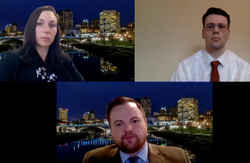 Basics of malpractice: How a claim is defined and how a plaintiff establishes breach of duty 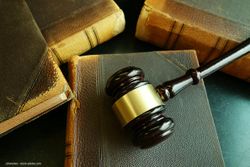 Was this patient with stones properly informed of bladder mass?