Unhealthy eating, like that associated with the Western diet, is associated with notably worse semen quality and less favorable testicular function than healthier eating patterns, according to a study of nearly 3,000 young Danish men published in JAMA Network Open (2020; 3:e1921610).

Unhealthy eating, like that associated with the Western diet, is associated with notably worse semen quality and less favorable testicular function than healthier eating patterns, according to a study of nearly 3,000 young Danish men published in JAMA Network Open (2020; 3:e1921610).

“This study is the largest study to date to examine diet pattern with men’s testicular function,” said study co-author Feiby Nassan, ScD, MBBCH, MSc, a research associate at the Harvard T.H. Chan School of Public Health who worked on the study with Niels JÃ¸rgensen, MD, PhD, and colleagues.

Why this is happening is a topic of debate. And while authors are looking at environmental exposures, such as pollution, and behavioral factors, such as smoking and alcohol consumption, they say few have looked at diet quality as a possible cause.

Men who highly adhered to the open-sandwich pattern had higher counts of motile spermatozoa, while those who consumed a vegetarian-like pattern were more likely to have more morphologically normal spermatozoa compared to men in other dietary categories. Further, men in the highest quintile of Western diet consumers had lower serum inhibin B concentrations and ratios of inhibin B to follicle-stimulating hormone than men in the lowest quintile of Western diet eaters.

“The hormone results are difficult to explain. Men who had the highest adherence to the Western pattern had higher testosterone concentrations, compared with men with less adherence. But they also had the highest estradiol concentration with unchanged luteinizing hormone levels,” Dr. Nassan said. “This could be due to increased aromatization of testosterone to estradiol and could have resulted in increased negative feedback at the hypothalamic level. If this is correct, this might also explain why follicle-stimulating hormone was not sufficiently higher as a compensation for the lower inhibin B concentration.”

The authors speculated that adherence to the Western diet pattern, at least in part, could lead to reduced hypothalamic activity, which could explain the observed reduction in spermatogenesis, according to Dr. Nassan.

“In addition to this possible explanation, the lower ratio of inhibin B to follicle-stimulating hormone, itself, could also explain a direct adverse effect on the testicles,” she said.

A take-home for urologists, according to Dr. Nassan, is that it may be useful for men’s fertility to follow a generally healthy diet with higher intake of fish, chicken, vegetables, fruit, and water, while cutting back on pizza, French fries, processed and red meats, snacks, refined grains, high-energy drinks, and sweets.

“Patients usually come to your clinics asking those questions about what they should eat and what they should avoid to boost their fertility. Peer-reviewed evidence is limited to answer these questions. This study provides some evidence of the benefits of the generally healthy diet patterns that you could advise your patients to follow-especially the ones whose fertility may need a nudge and may benefit from such diets,” she said.

A limitation of the study is its cross-sectional design, as the authors cannot imply causation from the work.

“However, this does not mean that this association is not important. Many scientific groups, including ours, are working to further study the role of diet and environment on fertility. However, I do not think we have to wait until the perfect controlled blinded clinical trial to happen until we change behavior. In addition, many other studies have suggested consistent results with other health outcomes, so we really have little or nothing to lose if we follow a generally healthy diet,” Dr. Nassan said. 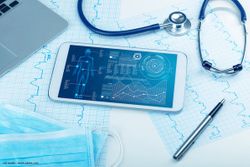 Utilization review data: How do payers view your practice? 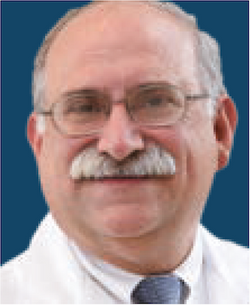 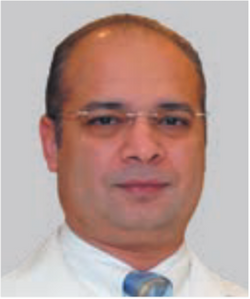