A study of contemporary trends in the management of upper tract calculi shows the approach to treatment is influenced by several provider-specific attributes and identifies a steady shift toward increasing use of ureteroscopy.

Editor's note: This article has been updated since its original publication to include additional study data and commentary from the author/presenter.

The study also found that the approach to treatment is influenced by several provider-specific attributes.

“Treatment of nephrolithiasis remains a cornerstone in urology practices, and it is important to understand which treatment modalities are being performed by providers in the United States,” said first author Daniel T. Oberlin, MD, urology resident at Northwestern University Feinberg School of Medicine, Chicago.

“It is obvious from the results in our study how the treatment of upper tract calculi has been evolving.”

The study, which was presented at the AUA annual meeting in Orlando, FL, analyzed data from case logs submitted to the American Board of Urology for the years 2003 to 2012. CPT codes were searched to identify cases performed using ESWL, ureteroscopy (URS), and percutaneous nephrolithotomy (PCNL). Logistic regression models were used to determine effects of provider-specific attributes, including time in practice (assessed based on whether the case logs were submitted for initial certification, recertification, or second recertification), geographic region, and self-designation as an endourology specialist.

Dr. Oberlin“We felt that the American Board of Urology case logs offered an excellent resource for our study because the logs contain reliable data and provide a broad, nationwide sample of urologists,” said Dr. Oberlin, who worked on the study with Sarah C. Flury, MD, and colleagues.

“Our study confirms previous reports showing that urologists in general and younger urologists in particular are increasingly favoring ureteroscopy over other techniques for treating upper tract calculi,” Dr. Oberlin said. “However, it provides new insight on adoption of ureteroscopy by older urologists, as we show this technique is being increasingly picked up by clinicians who likely were not trained in it during their residency.”

Data on the PCNL procedures showed that it was performed at a significantly higher rate by urologists who were endourology specialists than those who did not identify themselves as such (10.6% vs. 3.7%). In addition, endourologists were significantly less likely than non-endourologists to perform ESWL (34.2% vs. 42.2%).

Dr. Oberlin noted that the study does not provide information for understanding the factors that underlie the observed patterns. For example, it is unknown whether the increase in URS is being driven by patients and/or urologists or whether PCNL is being performed more by endourologists because these cases, which likely involve larger stones, are preferentially referred to endourologists or if endourologists are more comfortable performing PCNL.

“In addition to providing insight on trends in nephrolithiasis management, our study is a foundation for hypothesis generation and future research,” Dr. Oberlin said.UT

Want more stone disease articles? Continue to the next page. 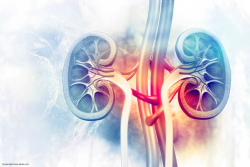