Make sure that you are coding correctly for the instillation based on the type of drug you are using and charge separately for the drugs that are instilled.

Q When instilling an agent into the bladder via temporary catheter, can one charge for the in-and-out catheter (51701) as well as the lavage (51700)? An example would be giving a pentosan polysulfate (Elmiron) cocktail for the treatment of interstitial cystitis or administering bacillus Calmette-Guérin (BCG [TheraCys, TICE BCG]) for treatment of bladder cancer.

In the second example you provide, the BCG instillation should be coded as 51720-Bladder instillation of anticarcinogenic agent (including retention time). Again, code 51701 is bundled into the 51720 and unbundling is never allowed. Like code 51700, the CPT inference would require the use of a catheter to instill the anticarcenogenic agent.

In short, you should not bill the 51701 with either 51700 or 51720 to any payer if the service you are providing that day is solely the instillation of a substance in the bladder. Make sure that you are coding correctly for the instillation based on the type of drug you are using and charge separately for the drugs that are instilled.

Q How would you code for cystoscopy with instillation of bupivacaine (Marcaine, Sensorcaine) and gentamicin (Garamycin, Gentak) into the bladder and trigger point injection with a mixture of triamcinolone (Kenalog), bupivacaine, and onabotulinumtoxinA (Botox)? (Editor's note: This question is based on an operative note and has been edited for length.)

A First, we will address the cystoscopy with instillation of the bupivacaine and gentamicin. The operative note indicates that a complete diagnostic cystoscopy with inspection of the bladder was performed. "After this was completed, a rigid cystoscope was assembled, lubricated, and placed through the urethra into the urinary bladder in atraumatic fashion. A survey of the entire bladder was performed. The patient's old scar in the left lateral wall of her bladder was identified. There were no other abnormalities in her bladder. Her bilateral ureteral orifices were orthotopic position. The bladder was then emptied."

The operative note also indicates: "A mixture of bupivacaine and gentamicin was then instilled into the bladder through the cystoscope." Unfortunately, there is no code that reflects both a cystoscopy and instillation. Of course, a code for instillation, 51700, is available (see related question above). The 51700 code does not specify that the delivery device must be a catheter, and code 52000-Cystourethroscopy (separate procedure) does not include reference to an instillation of any type. The operative note indicates that the diagnostic and therapeutic portions of the procedure were separate. Therefore, we would recommend coding both the 52000 and the 51700-59 for this portion of the procedure.

The other part of the procedure indicates injection of triamcinolone and bupivacaine into three separate injection sites: at 4 o'clock and 7 o'clock of the levator ani and into the left thigh. This was then followed by injection of onabotulinumtoxinA into the same three areas.

As such, we would recommend the trigger point injection code 20552 for all injections. Trigger point injections are covered under LCD restrictions for multiple jurisdictions and should be reviewed prior to reporting, making certain that supported diagnoses for muscle spasms are clearly indicated in the patient's medical record.

Coverage of triamcinolone, bupivacaine, and onabotulinumtoxinA in this instance is not the concern of the office, as the service was provided under general anesthesia in facility that would be paid separately for the drugs used. If provided in an office setting, triamcinolone and bupivacaine can be reported under HCPCS codes if trigger point injections are covered. OnabotulinumtoxinA is a separate issue covered in many states for the treatment of muscle spasms, but not in all areas. The LCD for onabotulinumtoxinA will also need to checked if billed in the office setting.

Urologist Ray Painter, MD, is president of Physician Reimbursement Systems, Inc., in Denver and is also publisher of Urology Coding and Reimbursement Sourcebook. Mark Painter is CEO of PRS Urology SC in Denver. 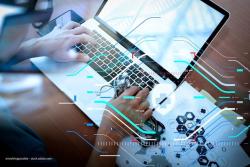