“The APMs being designed by LUGPA allow for participation by all urologists regardless of their practice setting or affiliation,” explains Alec Koo, MD.

The payment system for health care services is changing in the United States, with the Medicare Access and CHIP Reauthorization Act driving it away from fee-for-service reimbursement toward a value-based system centering around the alternative payment model (APM).

Responding to the forthcoming transition, LUGPA is working to develop and gain approval for multiple urology-specific APMs so that urologists can be compliant with and thrive in the new system as soon as it is rolled out, said Alec Koo, MD, at the LUGPA annual meeting in Chicago.

At the time of the meeting, LUGPA had already submitted one APM-“Positive Biopsy/Localized Prostate Cancer” -for review by the Physician-Focused Payment Model Technical Advisory Committee of the Center for Medicare & Medicaid Innovation (CMMI). This APM proposes episode-based payments for patients with newly diagnosed, localized prostate cancer.

Also see: How care process models can help your practice

Work on a “Prostate Cancer Biopsy Taking Risk on Sepsis” APM was well underway. Other APMs relating to prostate cancer and those for BPH and overactive bladder were also in various earlier stages of development.

“In multiple writings, the Centers for Medicare & Medicaid Services has stated it would like 80% to 90% of all health care delivery to be administered through an APM system. Many practicing physicians do not understand the changes that are coming and the impact they will have,” said Dr. Koo, of Skyline Urology, Torrance, CA.

“LUGPA is the only urology entity developing APMs that are based on recognition that most care delivered by urologists occurs in the outpatient or office-based setting rather than in the operating room. And, the APMs being designed by LUGPA allow for participation by all urologists regardless of their practice setting or affiliation.”

Next: Breaking down the silo of the traditional medical care delivery system

Urology groups in LUGPA are integrated practices and comport with the concept of utilizing integrative practice units (IPUs) to deliver value in health care, an idea championed by Michael Porter, PhD, a professor at Harvard Business School, Boston. Because they offer multidisciplinary care through a single setting, large urology group practices have in place many of the components of the IPU concept, which breaks down the silo of the traditional medical care delivery system.

“Traditionally, a patient suspected to have prostate cancer would have a biopsy by a urologist at one practice, and the pathology review would be done elsewhere. The patient might then go for imaging at a hospital, and then see a radiation oncologist at yet another facility. Not only are these services occurring at sites that are geographically distinct, but the facilities may be on different electronic medical record, billing, and reporting systems that are not harmonized with each other. This siloed system creates room for duplication, waste, inefficiency, and error,” said Dr. Koo.

“In an IPU, all of these services are available through an integrated setting. Large urology group practices follow that concept because they either have all of the services under one roof or at least they use one reporting system and the providers work with each other in a collaborative fashion. Because large urology group practices can render diagnosis and treatment efficiently and quickly, we have the infrastructure to best deliver value-based care.”

Dr. Koo said that while the new payment system is looming on the horizon, few APM systems have been approved by CMMI, and those that exist are mostly for primary care.

“The work falls onto urologists because nobody in CMS is working to develop urology-specific APMs, and that is entirely appropriate,” he said.

Dr. Koo noted that the AUA has partnered with the American College of Surgeons to develop APMs. Those initiatives, however, are procedure-oriented and thus differ from LUGPA’s, which are based on outpatient/office-based disease state management.

The process for developing an APM and getting it approved is very resource and time intensive, Dr. Koo said. It involves gathering best evidence based on current research and data that provides both clinical and financial support for the APM. 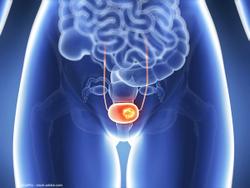 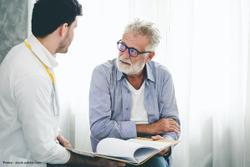