Long-term follow-up for minimally invasive water vapor thermal therapy (Rezūm System) showed durable efficacy with no sexual dysfunction in patients with lower urinary tract symptoms due to benign prostatic hyperplasia (BPH), according to a manuscript published online in the Journal of Urology.1

In a randomized clinical trial with sham control, the mean reduction in the International Prostate Symptom Score (IPSS) from baseline to 5 years in the active treatment group was 11.3 points, translating to an approximately 48% reduction from the baseline IPSS of 22, which is considered severely symptomatic.

Flow rate values were 9.9 mL/sec at baseline and 14.0 mL/sec at 5 years (approximately 49% reduction). Benign Prostatic Hyperplasia Impact Index (BPHII) showed a mean decline of 45% at 5 years (mean, 2.2). The surgical retreatment rate at 5 years in the intervention group was 4.4%.

The study investigators also noted that there were no reports of sexual dysfunction related to device or procedure and no reported cases of sustained de novo erectile dysfunction at 5 years.

“Further, the Rezūm System allows physicians to effectively treat middle lobe obstructions (MLO) without advanced training or complex techniques. This is good news given the high percentage of men in the study revealed to have had an MLO (31%). With Rezūm, these patients have a long-lasting treatment option with a minimally invasive therapy,” added McVary, who is a professor of Urology at Loyola University Medical Center.

A total of 197 men aged ≥50 years old with an IPSS greater ≥13, a maximum flow rate ≤15 mL/sec, and a prostate volume of 30 to 80 cc were enrolled into the trial. They were randomized 2:1 to thermal therapy (n = 136) or sham control rigid cystoscopy (n = 61). Thermal therapy involved injection of water vapor into obstructive tissue and could include the middle lobe, if present, and/or enlarged central zone.

Overall 82 patients from the Rezūm arm had a ≥30% reduction from baseline IPSS and were free from retreatment at 5 years.

Crossover from sham to active intervention was permitted at 3 months. The crossover group, which included 53 of 61 patients from the control arm, had symptoms and flow rate reassessed at crossover. The investigators observed similar outcomes in the crossover group as in the main treatment cohort at 5 years.

"We are dedicated to providing innovative solutions that save physicians time and improve the lives of patients. The Rezūm System is a leading, minimally invasive treatment option that provides sustained relief for men with BPH, a condition that affects millions of men each year," Meghan Scanlon, senior vice president and president, Urology and Pelvic Health, Boston Scientific, the developer of Rezūm, stated in a press release. “This new publication strongly demonstrates the long-term durability of the Rezūm System, and underscores our ongoing commitment to delivering technologies that can transform the field of urology.” 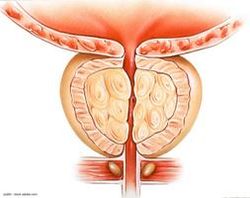 Long-term results of Rezum therapy for patients with large prostates

Rezum therapy: Why it should be considered in large prostates