The benefits of minimally invasive water vapor thermal therapy (Rezūm System) on lower urinary tract symptoms due to benign prostatic hyperplasia are durable, with a reduction in symptom score and an improvement in flow rate sustained to 5 years, according to researchers.

The benefits of minimally invasive water vapor thermal therapy (RezÅ«m System) on lower urinary tract symptoms due to benign prostatic hyperplasia (BPH) are durable, with a reduction in symptom score and an improvement in flow rate sustained to 5 years, according to researchers. In addition, treated patients maintain their sexual function.

In a randomized clinical trial with sham control, the mean reduction in the International Prostate Symptom Score (IPSS) from baseline to 5 years in the active treatment group was 10.4 points, compared with a mean reduction of 11.2 points at 3 months, reported Kevin McVary, MD, during the American Urological Association 2020 Virtual Experience. Baseline score on the IPSS was 22, which is considered severely symptomatic.

“Symptoms improve and they stay improved,” McVary said. “Men respond forcefully with a strong urinary flow, starting at the 3-month mark, and again, it is maintained over the 5-year period.”

Water vapor thermal treatment also favorably affected other outcomes measures. The surgical retreatment rate at 5 years in the intervention group was 4.4%, which was identical to years 3 and 4, compared with 3.7% at 2 years. Some 11.1% of the men in the intervention arm initiated medication for BPH at 5 years.

These rates compare favorably to the rates observed with other therapies, said McVary, professor of urology at Loyoloa University Medical Center in Maywood, Illinois. “The surgical retreatment rate is exceedingly positive compared to what we see over the field,” he said. “It is a pronounced strength of this technology that these retreatment rates are very impressive.”

A total of 197 men greater than or equal to 50 years old with an IPSS greater than or equal to 13, a maximum flow rate of 5 to 15 mL/sec, and a prostate volume of 30 to 80 cc were enrolled into the trial. They were randomized 2:1 to thermal therapy or sham control rigid cystoscopy. Thermal therapy involved injection of water vapor into obstructive tissue and could include the middle lobe, if present, and/or enlarged central zone.

Crossover from sham to active intervention was permitted at 3 months. The crossover group, which included 53 patients, had symptoms and flow rate reassessed at crossover.

The trial was notable in that 35% of patients at study entry had an obstructed middle lobe. “One of the strengths of the technology is the ability to treat the middle lobe,” said McVary. “Men with middle lobes are often excluded from clinical trials of minimally invasive surgical treatments. When we compared men with a middle lobe to those without a middle lobe in our study, we see nearly identical responses in every category.”

Five-year data for sexual function were not presented but should be available soon. “At least up to 4 years, this technology has had a minimum impact on sexual function,” McVary said.

Disclosure: The study was funded by Boston Scientific Corp. 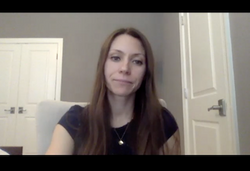