Jonathan Rubenstein, MD, and Mark Painter discuss what CPT code to use for aspirating the sterile water out of an inflatable penile prosthesis.

Which CPT code would you use for aspirating the sterile water out of an inflatable penile prosthesis? The device wasn’t removed or repaired in any way; it was simply deflated and made inactive.

To answer this question, it is important to understand the approach and exactly what was done. Was the procedure performed with the patient awake and was it an ultrasound (or other imaging)-guided aspiration? Or was this an open/extensive cut-down procedure?

In either situation, an unlisted code may be your only option, as we could not find a code that specifically describes the work performed in either situation, but it might change the code choice or which code is referenced in seeking reimbursement.

If you are aspirating the inflatable prosthesis without using an incision but instead employ a needle to aspirate the sterile water, we would recommend using code 55899 (Unlisted Male Genital System) and base the value reported on code 51110 (Aspiration of bladder; by needle). If ultrasound guidance is used to position the needle for aspiration, we would recommend code 76942 (Ultrasonic guidance for needle placement [eg, biopsy, aspiration, injection, and localization device], imaging supervision and interpretation) in addition to the unlisted procedure code.

If the aspiration required an incision and cut-down to the component, you could possibly use code 55408 (Repair of component(s) of a multicomponent, inflatable penile prosthesis). Although what you describe is not specifically a repair, this code does describe making an incision using the same approach as for placement of the prosthesis, cutting down to the area needing to be repaired, performing the repair, and closing the incisions. As the service provided is less than that which would normally be provided and which is described in the code, you should append modifier –52 to the code. If this doesn’t describe the work performed, an unlisted code is your best choice. 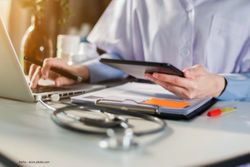 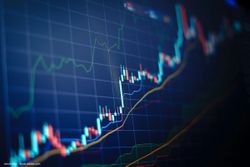 Financial news: What does it mean and how can it help you? 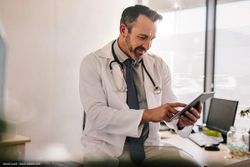