Experts highlight recent clinical data and their implications for diagnosis and treatment.

be thought about as two groups. One group consists of patients who were definitively treated with radiation therapy (external beam, brachytherapy, or a combination), became lost to follow-up, and subsequently presented with widespread metastatic disease. The second group is men presenting with de novo metastatic disease, and I think there has been a shift toward seeing more of these patients because of the controversial recommendations on PSA testing and screening. These are men who never saw a urologist or had a biopsy but seek care because they are experiencing pain that is found to be associated with widespread metastatic disease.

Historically, the care process for these patients has been to do a biopsy. Then, if it is positive and the patient has metastases, androgen deprivation therapy (ADT) is started, and the patient is followed. Over the past few years, there have been multiple clinical trials that have led to the approval of other agents that can be added to ADT. Dr. Garcia, please summarize the findings from the key registration trials that are changing the paradigm for managing patients with mCSPC.

Dr. Garcia: At least for me, the standard of care for mCSPC changed dramatically with release of results from the ECOG CHAARTED trial. CHAARTED was designed to address the simple question of whether adding docetaxel-based chemotherapy to ADT upfront would prolong overall survival rather than waiting until men become castration resistant to start chemotherapy.

It is important to hone in on how patients were defined in CHAARTED. They were stratified at entry by disease volume, although most patients had high-volume disease. The data showed unequivocally that across all comers, men who received ADT and docetaxel-based chemotherapy given standard fashion, six cycles of docetaxel 75 mg/m2 given every 3 weeks, had superior survival compared with those men who only received ADT. Subgroup analysis with patients categorized by disease volume showed that the patients who benefited the most were those with high-volume disease. In that subgroup, adding docetaxel reduced the risk of mortality by almost 40%. That is a huge reduction that changed the management paradigm for me. Now I tell my patients that volume is important, and intensification of therapy is needed.

Results from the STAMPEDE trial were reported in the same year. STAMPEDE had a very complex, multi-arm, multistage trial design. ADT was the backbone of treatment and treatment could be added that complements ADT, but then treatments could be removed or added based on interim analyses and how the field was changing.

STAMPEDE also found that adding docetaxel-based chemotherapy to ADT drastically improved survival. A subgroup analysis with patients categorized by disease volume was done post-hoc and showed that patients with both low-volume and high-volume disease benefited from the addition of docetaxel-based therapy.

Then came LATITUDE, which had results presented in 2017. LATITUDE specifically enrolled high-volume patients, although in this French study the definition was different than in the American trials. LATITUDE found that adding the androgen biosynthesis inhibitor abiraterone acetate (ZYTIGA) to ADT also drastically improved survival compared to ADT alone The hazard ratio was 0.62, showing a 38% lower risk of death when abiraterone acetate was added to ADT.

STAMPEDE, which was done in the UK, also had an arm with ADT and abiraterone acetate and found that adding abiraterone to ADT improved survival drastically.

The data from these trials has changed our standard practice. It is sad to see data from the U.S. showing that almost two-thirds of men with advanced prostate cancer or castration-sensitive or castration-naïve metastatic disease are receiving ADT alone.

Dr. Concepcion: Thank you for that wonderful summary of the data that support adding docetaxel or abiraterone to ADT for mCSPC. There are other agents that have been approved for treating castration-resistant prostate cancer that are moving into the metastatic castration-sensitive space. Dr. Aghalar, please give us an overview of the trials investigating those drugs.

Dr. Aghalar: In the last 2 years, we’ve seen a handful of trials looking at other agents in the

There have been two large randomized trials looking at using enzalutamide (XTANDI). Those are ARCHES, published in the Journal of Clinical Oncology in 2019, and ENZAMET that had results presented at ASCO this past year. Although the ARCHES trial did not show an overall survival benefit for enzalutamide, many experts are confident that the data are not yet mature enough. The interim analysis did show a very significant improvement in radiographic progression-free survival (rPFS) of about 22 months (for using enzalutamide).

The ENZAMET trial showed benefit of enzalutamide in multiple parameters, and this agent is now approved for the treatment of mCSPC. In addition, we are waiting eagerly for the results of the ongoing ARASENS trial that is investigating the newest androgen receptor blocker, darolutamide (NUBEQA), for mCSPC.

Dr. Concepcion: Dr. Brown, please discuss the trials that have brought approvals for agents to treat patients with nonmetastatic CRPC (nmCRPC) who would be defined as men on ADT who have a testosterone level in the castration range, rising PSA, and no evidence of metastasis by traditional imaging using technetium-based bone scan and computed tomography.

Now the burden rests on clinicians to find these patients in our advanced prostate cancer clinics because the available data suggest the potential for delaying progression of disease. Their use may also have a benefit for improving overall survival, but the data for that endpoint are not mature yet.

Dr. Concepcion: It is important to understand that the men in SPARTAN, PROSPER, and ARAMIS had nonmetastatic disease based on negative bone scans and CTs. It is likely, however, that they have micrometastases, and that brings up the role of next-generation imaging.

Dr. Brown, what imaging are you using in your practice to detect metastases?

Dr. Brown: We do a CT scan and bone scan as first-line imaging. Then, because a positive scan will make a therapeutic difference for accessing available therapies, we do an 18F-Fluciclovine PET/CT (Axumin) scan if the results of those tests are equivocal or if they are negative and we believe the patient is at high risk for progression. Axumin scanning is readily available in our community and covered pretty routinely by payers.

We do not do Axumin scanning routinely. That would be challenging from a cost and payer perspective.

Dr. Aghalar: We also start with a traditional CT and bone scan, but then almost unequivocally do an Axumin scan to rule out distant metastasis for patients with biochemical recurrence for whom we are considering salvage options, such as salvage radiotherapy. We are not using any other tracers outside of clinical trials, but I think the future is exciting with the potential availability of PSMA scans that may have therapeutic implications.

Use of a novel tracer may or may not impact outcomes for oligometastatic disease. What do you do if the Axumin scan in a patient with a slowly rising PSA shows one site of metastasis at L4? Do you try to ablate the metastasis with radiation, and will that impact the trajectory of the cancer? That situation raises interesting questions that will be brought up in the examination room and also hopefully in the research realm.

Dr. Concepcion:
Dr. Garcia, what developments in treatment of mCRPC are we expecting in 2020?

Dr. Garcia: Among men with prostate cancer in the United States, the incidence of germline

mutations, including ATM, BRCA1, BRCA2, and many others, is probably less than 10%. There are also somatic changes or epigenetic changes that are DNA repair by nature, and there are data to suggest that they can be exploited therapeutically. It has been reported that men with mCRPC receiving the oral PARP inhibitor olaparib had a significant improvement in progression-free survival and also a good decline in PSA. Analyses to identify who these patients were suggested they were those who had ATM and BRCA1/BRCA2 mutations, and so they were true germline mutation patients.

That was the genesis for the PROfound trial that Dr. Maha Hussain presented at the European Society for Medical Oncology Congress in Barcelona. PROfound randomized men with progressing mCRPC to olaparib or an oral agent they had not received before. For example, a patient who had been on abiraterone for M1 CRPC who was randomized to oral therapy would be put on enzalutamide.

The primary endpoint of this trial was for Cohort A, who were the true germline patients. The results showed for the first time a benefit for a biomarker-driven approach to treatment selection. Compared with the oral agent group, treatment with the PARP inhibitor was associated with improvements in rPFS and survival. The benefit of treatment with the PARP inhibitor was maintained in a pooled analysis of cohorts A and B, which includes all DNA repair deficiencies.

Some of us were a bit concerned as to the impact of that second cohort of patients because theirs were not ATM, BRCA1, and BRCA2 mutations. But it appears that the hazard ratios were maintained for rPFS. We know that BRCA1 and BRCA2 are exquisitely sensitive to PARP inhibitors and that not all DNA repair deficiencies are responsive to PARP inhibitors. Hopefully olaparib will become available, and once it is in our hands, we are going to start teasing out exactly which patients may benefit the most from its use.

Dr. Concepcion: Generic abiraterone acetate became available in 2019 and now we are seeing hybrids, which are approved by the FDA through a 505(b)(2) submission. Yonsa is an approved abiraterone hybrid and DRGT-45 has completed a phase I trial.

Dr. Brown, how might these drugs be beneficial to a large practice like yours that cares for a lot of patients?

Dr. Brown: The amount of support that the manufacturers of the hybrid drugs offer to us versus generic manufacturers with respect to throughput, educational materials, and a benefits perspective are all important for allowing us to get patients on a drug that is mechanistically very similar to the innovator brand and may be beneficial for that specific patient over other therapy choices.

Dr. Concepcion: Dosing is different with the hybrid drugs compared with the original brand because they are reformulated. In Yonsa, abiraterone is ultramicronized, and so it has better bioavailability. DRGT-45, which is abiraterone acetate tablets for oral suspension, was also formulated for improved bioavailability, and it is administered as a drink rather than a pill. What role will the difference in dosing play?

Dr. Sieber: I think the situation is analogous to what we saw with medications for overactive

bladder where improved formulations enabled once-daily dosing, ingestion on an empty stomach, or a lower dose. We have to remember that the typical patient being treated with these drugs for prostate cancer is a man in his 70s. Any modification that makes a treatment more convenient or better tolerated is going to have an advantage in this population of men who already have life challenges. 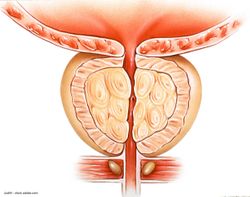