Dr. Thrasher, a Urology Times editorial consultant, is executive secretary of the American Board of Urology, Charlottesville, VA.

The last several years have been particularly exciting in the area of metastatic castrate-resistant prostate cancer (mCRPC). A multitude of new therapies are now available as studies continue to review the sequencing of these treatments and refine the timing, best combinations, and best subpopulations for treatment. As data continue to accumulate, reviews of these large data sets help to better define the best target populations for many of these agents.

The 2019 ASCO annual meeting included a number of interesting abstracts in the area of advanced prostate cancer. One such study was a re-review of the PROCEED trial by Sartor et al. The authors did a deeper analysis from this large phase III trial to further evaluate the findings of an overall survival (OS) benefit for African-American men with mCRPC treated with sipuleucel-T (Provenge).

A multivariant analysis followed in an effort to identify baseline variables that were predictive of OS. A number of covariates were evaluated. African-American race was found to be independently associated with improved OS and had the strongest predictive value of all associated covariates.

This important analysis adds to a growing body of literature that helps refine our delivery of new therapies for mCRPC. Dr. Sartor stated in an interview with Urology Times that he tries to now direct African-American men with a baseline PSA <30 ng/mL toward sipuleucel-T based on the data. To take that a step further, if this analysis is confirmed by other researches, given the cost of sipuleucel-T, should African-American men with a PSA less than 30 be preferentially offered this therapy over their comparison cohort? Given limited health care resources, should the therapy be restricted to those who will most likely benefit?

I believe that these are the types of questions that will have to be entertained as health care costs continue to skyrocket and integrated health care systems continue to consolidate. Finally, further studies will be required to evaluate an explanation for this racial disparity. Can this be explained by immunologic differences, pathophysiologic differences, or possibly a statistical aberration based on sample size? While we may not currently have the answers, studies such as this one are continually needed to advance the field. 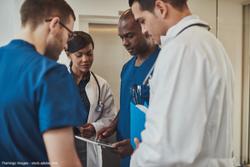