This article is about the trend of independent doctors selling out to hospitals and why this trend may be about to change.

Henry Rosevear, MDDon’t let the headline fool you. This is not a discussion of PDE-5 inhibitors, nor am I comparing the AMS-700 to the Coloplast Titan (though the Coloplast folks certainly win the best name competition). Rather, this article is about the trend of independent doctors selling out to hospitals and why this trend may be about to change.

Given the lessons we all learned in a recent Urology Times article about urologists who transitioned to employed positions (“Private practice vs. employment: 12 lessons learned”), I think this topic is more important than ever.

Also read: My six-digit mistake with a new health insurer

About 10 years ago, when I started my residency, it seemed that the goal of every young urologist was to find a nice city to live in and either start a practice of their own or join a group of other urologists. But by the time I graduated from residency, my decision to join a single-specialty urology group instead of a larger hospital-based system seemed almost a relic of a past era. My residency director even went so far as to discuss my decision with me during one of my chief evaluations.

This trend was well documented in a 2013 Urology Times article, which showed that between 2006 and 2012, the number of urologists in solo practice declined from 37% to 29%. It is not correct to say, though, that the trend of urologists preferring to work in larger groups instead of solo practice is new. Rather, it is the type of large groups they work for that has changed. If you look back 30 or 40 years, most medium to large cities had at least one relatively large urology group, and that makes sense. (My hometown is such an example, as is the city in which I did my residency.)

Next: "What did change while I was in residency was the trend for hospitals to start acquiring specialty groups and directly employing them."

Why? Call is easier to split among partners, and even in the days before third-party regulation drastically increased the cost of doing business, sharing office staff often resulted in significant cost savings. What did change while I was in residency was the trend for hospitals to start acquiring specialty groups and directly employing them.

Also see: Winning at EHRs and meaningful use is ‘Mission: Impossible’

To understand that trend, I recommend you read a New York Times article by Margot Sanger-Katz (“When Hospitals Buy Doctors’ Offices, and Patient Fees Soar”). In 2009, the article explains, the government decided that private-practice physicians who did procedures in their offices were overusing them and drastically cut the reimbursement for these services. Showing its normal wisdom, the government did not cut the reimbursement for the exact same services if they were offered by a hospital. Suddenly, hospitals had a huge incentive to buy private practices because they could charge a significantly higher rate for the exact same service. Not surprisingly, hospitals went on a buying binge.

A Denver Post article (“Facility fees inflate hospital prices for common services”) highlighted the trend in my own community and shows how drastic the increase in price can be. (For example, a patient’s portion of the costs for a cardiac stress test went from $364 to $968 over 1 year, with the only difference being that the cardiologist’s practice had been purchased by a hospital). Not only is the trend of hospitals buying private practice groups bad from a cost perspective, but physician productivity decreases drastically when doctors transition from being self-employed to being employees of hospitals, according to studies from Congressional Research Service, Mondaq, and Radiology Business.

With that in mind, the reason for the long-standing trend of multi-person single-specialty groups (decreasing overhead) and why this trend moved to physician practices being bought out by hospitals (a change in payment structure creating an inappropriate financial incentive) makes complete sense.

Why do I think that is going to change? Contained in Section 603 of the Bipartisan Budget Act of 2015 were instructions for Medicare to implement “site neutrality” for off-campus hospital services. An excellent article discussing this topic was emailed to me by the American Association of Clinical Urologists, which routinely publishes a wonderful email highlighting important regulatory issues relevant to urologists. In summary, Section 603 of this bill instructs Medicare to stop paying a differential for procedural codes based on the site of service. Suddenly, unless some clever lawyer can find a loophole in the law, the financial incentive for hospitals to buy private-practice groups simply so they can charge more for the same services is gone.

Read: Maintenance of certification: Working to understand why

This is not the only recent event that may slow hospitals’ purchases of private practices. Broward Health, a public hospital system in Florida, recently agreed to pay the U.S. Department of Justice $69.5 million to settle charges of health care fraud. According to the lawsuit, well described by the Miami Herald, Broward Health bought out groups of physicians and paid them more than fair market value for their services. Sound familiar to what’s happened in your market? Certainly does to me.

Next: Is bigger better?

Let me try to answer the question I began this article with: Is bigger better? If you allow this young urologist to look into his own crystal ball, I believe that the trend over the next decade is going to be a version of what we saw before hospitals started buying physician groups. Specifically, relatively small groups will merge to create larger, possibly less geographically distinct entities that consolidate back-office functions such as billing, IT, and compliance while providing these larger groups more bargaining power to negotiate contracts with insurers and give them leverage in purchasing services such as malpractice coverage.

Have you read: Practice ‘efficiency’ is not a dirty word but a noble goal

These larger groups could even go so far as to start directly negotiating with certain entities such as large companies, cities, or school districts to provide services using a similar model that we use now and cut out the health insurance company as middleman. Even further down the road, these larger groups may eventually have enough actuarial data to start taking on risks themselves and acting as their own insurance company. My own recent experience with the health care community (“My six-digit mistake with a new health insurer”) is an example of this. The neonatologists who took care of my twins are employees (partners?) of a nationwide group based in Florida.

These ideas certainly aren’t entirely novel. A partner of mine recently returned from Chicago where he and our business manager attended the LUGPA annual meeting. He promptly sent a multipage email highlighting the lessons he learned, including some of the trends I’ve highlighted above.

Recommended - After the patient fall: How to save your back

The challenge of this transition from small, single-specialty groups to larger, less geographically distinct single-specialty groups is not the logic of the deal; the savings outlined above are real and easy to quantify. Rather, the challenge is managing the sometimes prickly relationships between groups of physicians and the very real fear of losing control over a business that may have taken decades to develop. On the other hand, the cost of compliance is only going to increase, especially given the federal government’s strong push toward toward value-based compensation, and hence the financial logic of dividing this cost among many physicians will only increase with time.

Next: "The majority of us, whether we like it or not, will have to continue to be part of the system and change as it changes."

This is not to say that solo practitioners who simultaneously provide excellent medical care while running successful businesses don’t exist, but I believe they are the exception. The majority of us, whether we like it or not, will have to continue to be part of the system and change as it changes. As the health care world continues to be run by ever-larger entities (the government, large health insurance companies, and ever-larger hospital systems), it seems unlikely that small urology groups are likely to survive.

I grew up hiking with my father, and every time we crossed a river he would say, “You never step foot twice into the same river.” (I learned much later he was quoting the Greek philosopher Heraclitus). That logic applies as much to running a practice as it does to anything else.

As always, I would love to hear your thoughts, especially about what you are doing to survive in this changing health care profession.

PSA testing: It's not your choice, it's the patient’s 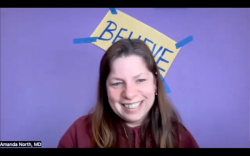 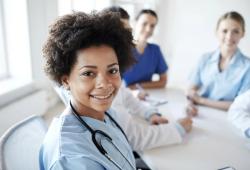 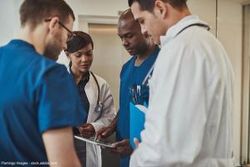