Researchers from the National Institutes of Health have identified new potential therapeutic targets for muscle-invasive bladder cancer, including important genes and pathways that are disrupted in the disease.

Researchers from the National Institutes of Health have identified new potential therapeutic targets for muscle-invasive bladder cancer, including important genes and pathways that are disrupted in the disease.

The investigators, from The Cancer Genome Atlas (TCGA) Research Network, say their findings provide important insights into the mechanisms underlying bladder cancer. TCGA is a collaboration jointly supported and managed by the National Cancer Institute and the National Human Genome Research Institute, both parts of the NIH.

In this study, published online in Nature (Jan. 29, 2014) and presented at last week’s Genitourinary Cancers Symposium in San Francisco, TCGA researchers analyzed DNA, RNA, and protein data generated from the study of 131 muscle-invasive bladder cancer tumors from patients who had not yet been treated with chemotherapy. The scientists found recurrent mutations in 32 genes, including nine that were not previously known to be significantly mutated. They discovered mutations in the TP53 gene in nearly half of the tumor samples, and mutations and other aberrations in the RTK/RAS pathway in 44% of tumors.

The investigators also showed that genes that regulate chromatin were more frequently mutated in bladder cancer than in any other common cancer studied to date. These findings suggest the possibility of developing therapies to target alterations in chromatin remodeling.

Overall, the researchers identified potential drug targets in 69% of the tumors evaluated. They found frequent mutations in the ERBB2, or HER2, gene. They also identified recurring mutations as well as fusions involving other genes such as FGFR3 and in the PI3-kinase/AKT/mTOR pathway, which help control cell division and growth and for which targeted drugs already exist.

Because the HER2 gene and its encoded protein, HER2 - which affects cell growth and development - are implicated in a significant portion of breast cancers, scientists would like to find out if new agents under development against breast cancer can also be effective in treating subsets of bladder cancer patients.

“The real excitement about this project is that we now have a menu of treatment and research directions to pursue,” said Seth Lerner, MD, of Baylor College of Medicine in Houston and one of the senior authors of the paper. “The field is poised to use this information to make new advances toward therapies for a very-difficult-to-treat form of bladder cancer.”

The scientists also uncovered a potential viral connection to bladder cancer. It is known that animal papilloma viruses can cause bladder cancer. In a small number of cases, DNA from viruses - notably, from HPV16, a form of the virus responsible for cervical cancer - was found in bladder tumors. This suggests that viral infection can contribute to bladder cancer development.

Look for additional coverage of these and other findings from the Genitourinary Cancers Symposium at UrologyTimes.com and in upcoming issues of Urology Times. 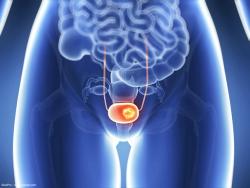