Results from a phase 3 trial evaluating perioperative nivolumab (Opdivo) in patients with renal cell carcinoma (RCC) at high risk for recurrence did not yield improved recurrence-free survival (RFS), although various analyses within the trial may help to inform future research.1

The study was presented at the 2022 European Society for Medical Oncology Congress in Paris, France. 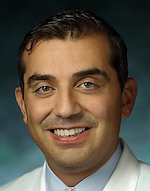 “Given the success of nivolumab in improving outcomes in metastatic renal cell carcinoma, there is tremendous enthusiasm for expanding the use of immunotherapy in those with early-stage disease at risk for recurrence,” explained lead investigator Mohamad Allaf, MD, urologist-in-chief and The Johns Hopkins Hospital Professor of Urology, Johns Hopkins University, Baltimore, Maryland.

The study population included patients with RCC with tumors greater than 7 cm or patients with smaller renal tumors with venous fat or nodal involvement. Patients with low-volume M1 disease were also included “provided it was completely resected within 12 weeks of enrollment,” Allaf said.

Allaf explained that a preplanned futility analysis was based on recurrence and death events.

“At approximately 71% full information time, inefficacy analysis results were presented to the Data Safety Monitoring Committee, and it was recommended that the results be released for futility,” Allaf said.

In his concluding remarks, Allaf said, “Perioperative nivolumab did not improve RFS in patients with renal cell carcinoma at high risk for recurrence in this trial…Ongoing radiomic, pathomic, and other biomarkers analyses within this trial may inform the design of future neoadjuvant renal cell carcinoma trials. Lastly, further analysis of patient subsets with this unique trial should help inform future research.”