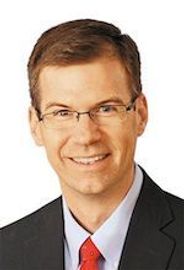 Dr. Rosevear, a member of the Urology Times Clinical Practice Board, is in private practice at Pikes Peak Urology, Colorado Springs, CO.

Henry Rosevear, MD, discusses the ten things he’d like to see happen in 2017 for the field of urology.

As the New Year approaches, I’ve been thinking about what I would like to see happen in the field of urology in 2017. As I’m enough of a realist to realize that most of these changes will not happen and it is also unlikely that I will be named King anytime soon, here’s a list of suggestions for the powers that be to consider:

Concrete proposals for change on our health care system

Now that the election is over and the days of the Affordable Care Act are numbered, it’s time for policymakers to come up with some concrete proposals as to what kind of system we’ll be transitioning to. While the physician in me has some ideas on how to change policy to encourage patients to stay healthy, the business owner in me simply wants to know how the system is going to change so I can plan accordingly. The worst thing policymakers could do is remove the current system without telling us what the new system will look like.

More appropriate use of PSA testing

The days of blindly screening all people with a Y chromosome for prostate cancer with PSA testing are rightfully over. On the other hand, the current pattern of ignoring high-risk patients hoping that their heart will kill them before their prostate cancer does is also incorrect. The AUA has a well-thought-out guideline on the intelligent use of PSA testing, which needs to be broadly employed.

Between residency and private practice, I’ve been doing this job for about 10 years. In that short time, I have become more aware of the increased prevalence of antibiotic resistance. This is a pending public health disaster. I would love to see guidelines developed ahead of time on the use of new antibiotics limiting their use to the most in-need patients while simultaneously having the government (or some private organization like the Bill & Melinda Gates Foundation, for example) guarantee a reasonable rate of return for any company that can create a new broad-spectrum oral antibiotic.

Let’s be honest, both our patients and we surgeons are becoming spoiled. While the days of a flank incision are long gone, it is amazing how many patients complain when I explain that I will make six small incisions to remove their prostate. I look forward to the days of a true user-friendly, single-site, robotic technology.

In residency, I was taught to fear mesh and as a result learned how to do an autologous fascial sling that seemed to work well. In the real world, while I do not use mesh myself, my partners certainly do and the combination of the results they achieve with their minimal complications make me question autologous fascia’s role. On the other hand, several companies have withdrawn from the mesh market simply because of the legal ramifications of mesh; that is a loss, as patients are left with more invasive options which have worse long-term efficacy.

Changes from American Board of Urology on MOC

Urology changes with time. New medicines arrive, new surgical techniques are developed, and new guidelines are written. It is the responsibility of every practicing physician to ensure that he or she is practicing the most up-to-date medicine. However, I believe strongly that unless we, as urologists, figure out a way to prove to the public that we are continuing to educate ourselves, the government or some non-urology-based organization will force us to do that. With that in mind, I hope the ABU modifies its system of maintenance of certification to keep urologists in charge of urology while minimizing the hassles and documentation burden that the current system has created.

If you had asked me in residency if defensive medicine existed I would have laughed, stating that as long as the physician practices good medicine, he’ll be OK. But since moving to the real world, I now realize that is certainly not the case. I am as guilty as the next doctor for ordering tests to rule out potential medical zebras simply so I could argue that I looked for them.

Have you seen - Clinical pathways: A roadmap to medical success

I would like to see public education on the pros, cons, and limitations of testosterone replacement. Clinical hypogonadism is real and the men afflicted with it certainly suffer. But the current environment where private, cash-only testosterone centers advertise directly to consumers promising to turn every man into an Arnold Schwarzenegger equivalent with the libido and performance abilities of a 20-year-old, all while charging thousands of dollars a year needs to stop. In the appropriate patient, the medical community is perfectly comfortable and capable of prescribing and monitoring testosterone replacement at a fraction of the cost without exposing inappropriate patients to its risks.

I would like to see real medical research into the efficacy of marijuana for various medical purposes. Maybe it’s just because I live in Colorado where it seems that half of my patients smoke on a regular basis, but I am becoming frustrated at the lack of high-quality research into marijuana. If marijuana is the panacea some claim it is, let’s figure out what it does and how to safely prescribe it. If it’s just another way to get high, then let’s prove that so I can have an actual evidence-based discussion with my patients.

Have you read - Marijuana and me: A Colorado urologist's experience

I would like to see my oldest learn to read, my second oldest learn to do a cartwheel, and my two little ones learn to talk and walk. OK, maybe that’s not urology related but it is certainly on my list for 2017. I wish everyone a blessed and productive New Year!