Money Matters: Informing your perspective on the bear market

The stock market has performed so well over the last 13 years that, based on personal experience alone, investors would probably have to be at least 50 years old to not be surprised by the onset of the bear market this year.

But even many investors older than this have been taken aback by the market’s decline. Not surprisingly, many younger investors, having experienced nothing but a galloping bull (albeit with a couple brief naps), are still shaking their heads and saying to themselves: What the heck happened?

Much of this dismay stems from a sharp contrast between expectations and actual events. If you expect corrections and bear markets as normal parts of the market, they’re much less unsettling. But if all you know is, on average, a rising market, that’s another story.

Many older investors don’t view the bear market as the rude surprise that many younger investors do. However, they are nevertheless concerned about its impact on their retirement resources.

This is true even of older investors with solid investment plans that anticipate market declines. Yet, for most physicians near retirement who have been investing wisely long term, even if the bear lasts for years (and this is unlikely), its personal impact will probably be quite limited. This is assuming a gradual withdrawal of assets to pay retirement expenses, rather than cashing in a big chunk of a portfolio anytime soon.

What investors of all ages have in common is that their investing expectations are influenced not just by life experience but, more profoundly, by how they view the market. My 40-plus years as an advisor has taught me that investing success is all about this perspective.

Different views of the market may go a long way toward answering this question: How is it that over their lifetimes, some people make a tremendous amount of money in the stock market while others, investing the same amounts, struggle with repeated disappointment, many of them giving up?

Regardless of your personal experience, your perspective can change—usually for the better—if you learn more about market history. And these changes may make you a better investor.

Along the way, of course, there have been many ups and downs, but mainly ups. This chart of the S&P 500 over four decades depicts its jagged, upward course—higher and higher peaks coming after various valleys.

Looking at this graph, some investors focus on the peaks while other just see valleys. Investors who focus on the peaks not only sleep better, but also are likely to have more investing success, primarily because they’re less inclined to do something rash--like pulling money out when their accounts decline. They’re also more inclined to do something smart, like buying on dips when appropriate.

Eye of the beholder

Those seeing mainly peaks are by no means immune to investing mistakes, but those seeing just the valleys may have what psychologists call a success inhibitor. Too much fear leads to a reluctance to take advantage of, or even see, opportunities the market may be presenting. Yet, those seeing mainly peaks are more inclined to think: If these opportunities underperform and/or acquire too much risk, money can be moved to new ones with less risk and better performance prospects.

Some people think I’m crazy when I say the S&P 500 will probably double, reaching 7700 in less than ten years. They cite various countervailing factors: the problems of war, crime, inflation, the economy, political upheaval, social problems, etc. The logical flaw in that argument is that such factors have weighed on the market in the past, only more heavily.

In 1981, inflation was in the double-digits, interest rates were in the teens, the murder rate was twice what it is today, a higher percentage of people lived in poverty, hundreds of people per year died in commercial airline crashes and life expectancy was lower. When you give them a hard look, the good old days were not so good. But despite all these troubles, the stock market doubled in price again and again.

To illustrate the power of the compounded growth of equities resulting from this market performance, a $500,000 portfolio doubling five times grows to 32 times its original value--to $16,000,000, not including dividends, which would add a few million bucks more. This is why Albert Einstein called compound interest the “eighth wonder of the world,” adding: “He who understands it, collects it. He who doesn’t, pays it.”

People who make a lot of money in the stock market are steadfast in their conviction and self-discipline. They know there will be turbulence, but they don’t bail out when things get shaky. Using a long-term time horizon, they let growth and compounding work its magic.

People who are chronically disappointed with their investing results tend to have the opposite perspective. Obsessing over the valleys and cliffs, they try to pick a perfect time to invest, and get scared into inaction when the time isn’t perfect. This mindset is inherently self-defeating because there’s never a perfect time. Sir John Templeton, one of the most successful long-term investors ever, said it best: “The perfect time to invest is when you have the money.” That way, you can better position to reap rewards from the market’s long-term growth.

Many investors who fixate on market valleys don’t understand that their behavior really isn’t investing. Actually, it’s more like gambling because instead of positioning for eventual growth, they’re betting that they know various things that can’t be known.

An inordinate amount of time is wasted, with incessant head-scratching, by people in the financial industry trying to predict the unpredictable. Emotions aside, we know that the S&P 500 has always hit new highs eventually. But there’s no way to predict when these peaks will be reached. Thus, it’s far better to have a well-thought-out long-term investing plan that accounts for inevitable corrections--and to stick to it.

No matter what your age or risk tolerance, investing is a lot easier and likely more successful if your perspective is informed by market history.

David Sheaff Gilreath, a Certified Financial Planner, is a 40-year veteran of the financial services industry. He is a partner and chief investment officer of Sheaff Brock Investment Advisors LLC, a portfolio management firm for individual investors, and Innovative Portfolios LLC, an institutional money management firm. Based in Indianapolis, the firms manage about $1.4 billion in assets nationwide.

Money Matters: How to invest during rising inflation

Urology Times Money Matters: What you must do to survive down markets 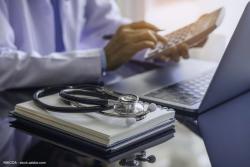