Treatment for overactive bladder (OAB) improves OAB symptoms similarly in frail and nonfrail older patients with no difference in side effects, according to a multi-institutional study presented at the AUA annual meeting in Chicago.

Treatment for overactive bladder (OAB) improves OAB symptoms similarly in frail and nonfrail older patients with no difference in side effects, according to a multi-institutional study presented at the AUA annual meeting in Chicago.

In a questionnaire-based prospective study of men and women ≥60 years of age starting pharmacotherapy, onabotulinumtoxinA (Botox), or sacral neuromodulation for OAB, frail and nonfrail patients had significant improvement over time in OAB symptom scores.

“At 3 months, there was no difference in the overall symptom scores between the two groups. This trend was similar for the health-related quality of life questionnaire as well as the bother subscales,” said co-investigator Casey G. Kowalik, MD.

Up to one-third of individuals older than 65 years have OAB symptoms, and OAB has been strongly correlated with the frailty phenotype. Frailty can lead to an increase in the number of falls and resultant disability, and is associated with loss of independence and death. Among older individuals, frailty is associated with a higher risk of postoperative complications and a prolonged recovery period.

Also see: How four generations of physicians can work together

Most clinical trials of OAB treatments either exclude older individuals or only include the healthiest older individuals, therefore not reflecting a real-world experience, said Dr. Kowalik, assistant professor of urology, University of Kansas Health System, Kansas City. The study was led by Anne Suskind, MD, of the University of California, San Francisco.

The authors’ objective was to determine whether frailty affected the outcome of OAB treatments (medications, onabotulinumtoxinA, and sacral neuromodulation) in adults ≥60 years of age.

Sixty-four patients were enrolled and 45 returned baseline questionnaires, which formed the study population. A total of 33 patients completed the 3-month questionnaires.

Groups were compared based on their timed up and go tests (<12 seconds was considered to be not frail and ≥12 seconds was considered to be frail). Forty percent of the study group had a timed up and go test ≥12 seconds. The groups were comparable with respect to age, gender, race, previous OAB treatments, and overall general health. There were no differences in responses to baseline OAB questionnaires between the frail and nonfrail groups (all p values >.05).

There was no difference in treatment selection between the two groups. Half (50%) of patients in the frail group and 48% in the nonfrail group received medical therapy as their OAB treatment.

“In conclusion, we think that in appropriately selected frail older individuals, second- and third-line OAB treatments should be considered. An appropriately selected frail older patient would be an individual who has failed behavioral therapy for OAB and who, despite being frail, is generally healthy enough to either start a new medication or undergo a procedure (onabotulinum or sacral neuromodulation),” Dr. Kowalik said.

Pfizer provided funding for the study. 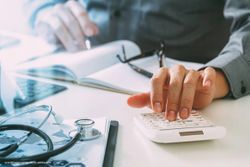 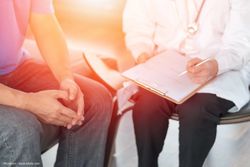 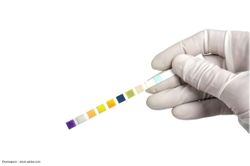