A recent study found gender-based differences in the perceptions and experiences of gender equity in urology among all subspecialties analyzed.1

To assess perceptions of equity, the investigators used the Culture Conducive to Women’s Academic Success (CCWAS) questionnaire,2 which is “designed to measure how conducive the workplace is for women in academic positions,” according to the authors.1 The instrument considers 4 dimensions of the workplace: equal access, work-life balance, freedom from gender bias, and supportive leadership. Items are rated using a 5-point Likert scale where a higher score indicates a more favorable environment for women.

The IRB-approved questionnaire was sent to 6 entities: the Society of Urologic Oncology (SUO), the Society of Endourology (ENDO), Genitourinary Reconstructive Surgeons (GURS), the Society of Pediatric Urology (SPU), the Society of Urodynamics, Female Pelvic Medicine and Urogenital Reconstruction (SUFU), and the American Urogynecologic Society (AUGS). SUFU and AUGS were grouped together for analysis, but respondents that were a member of both were instructed to only complete 1 survey. Each group contributed around 20% of the total responses, with SUFU and AUGS contributing the least number of responses (12%) and SPU contributing the greatest number of responses (27%).

Completed surveys were collected from 430 participants, 35.3% of which were female and 64.7% of which were male. Variables taken into consideration for analysis included gender, parental status, society of affiliation, years in practice, and private vs academic practice.

Data indicated that male urologists found all-around practice culture to be more equitable than did their female colleagues, with a median CCWAS score of 203.5 compared with a median of 162.5 for female respondents (P < .0001). This difference in perception was found across all societies and within each subcategory, which consisted of the 4 dimensions of equal access, work-life balance, freedom of gender bias, and supportive leadership.

Each survey also included an open text option for participants to share their thoughts on gender equity. Responses showed a consistent theme among a majority of women and some men of a hope for change in culture. Some participants shared lived experiences of microaggressions, such as departmental requests for women to use nicer tones in their emails, to include emojis to seem less aggressive, or that women wear dresses for the annual department photo.

Female respondents provided a higher number of potential interventions, including “pay transparency,” “sponsorship,” CME training around diversity, equity, and inclusion topics, and calling for an intolerance of sexual harassment. Male respondents had fewer suggestions for change, with multiple men saying that they felt no further programming was necessary. A few men indicated that parental leave should be equitable, and men should be encouraged to utilize it.

The study authors said they believe that interventions are necessary given that the percentage of women within the subspecialty was found to have no impact on the CCWAS scores for that group. In response to these data, the authors concluded, “In working towards gender equity, we must recognize that merely encouraging more women into the field may be insufficient in and of itself.” 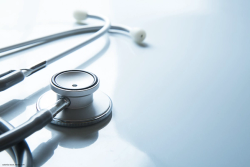