Ninety percent report experiencing work-related musculoskeletal pain or other discomfort, most commonly in the neck or back, over the course of their career. In what one leading urologist called a “shocking” finding, nearly two-thirds of practicing urologists say they have been threatened by a patient, and about a fourth have suffered a physical attack or abuse at the hands of a patient. (To see the full survey results, read "Survey: 90% of urologists experience work-related pain.")

The findings raise questions both about the safety of urologic practice but also effective preventive measures, as just over half of survey respondents say they have “adequate” (44%) or “extensive” (9%) knowledge of surgical ergonomics.

The survey was conducted in late June and July 2019 via email to readers of Urology Times with email addresses on file. It was designed to examine the prevalence and type of physical and psychological harm encountered by U.S. urologists, possible causes, preventive measures, and the perceived need for training in ergonomics. Half of respondents are employed by a hospital/health system (27%) or a private practice with seven or fewer physicians (23%). The majority fall in the 30- to 44-year age range (34%) or 45- to 59-year range (33%). (Also see, "How the survey was conducted," below.)

The concept for the survey was initiated by Stacy Loeb, MD, MSc, a member of the Urology Times Editorial Council who is assistant professor of urology and population health, New York University Langone and the Manhattan VA, New York.

“There is increasing recognition about physician burnout,” said Dr. Loeb, noting the topic was discussed in a 2019 AUA annual meeting plenary session and featured in the 2018 AUA Update Series. “Less attention has been paid to some of the physical consequences of being a physician.

“Having personally suffered a back injury from lifting a patient, I have spoken to many other urologists about job-related physical issues and wondered why this topic has not received more attention. One recent multinational survey of urologists reported a 45% incidence of spinal pain,” she said, citing a July 17, 2019 paper in the Journal of Endourology (Epub ahead of print).

In the Urology Times survey, most urologists continued to work despite minor/moderate discomfort (56%) or significant discomfort (29%). Another 5% were able to continue working, but their ability to perform surgery was affected. Two respondents said their pain or discomfort led to early retirement or ended their career.

“Many urologists experienced other issues such as needle sticks (75%), dry/cracked skin (58%), and eyestrain (39%) as a result of work activities.”

The survey was not designed to determine whether the high prevalence of physical pain/injury is a new phenomenon among urologists, but such occurrences have been common over the last year. When asked how frequently they have experienced work-related musculoskeletal pain or other discomfort in the past 12 months, 32% of respondents said it occurred more than once per week, 21% said it occurred weekly, and 18% said it occurred monthly.

In terms of possible causes of their work-related pain or discomfort, urologists most often cited awkward positioning in the operating room (33%), repetitive movements during surgery (30%), extended periods of standing (15%), and equipment such as a lead apron or loupes (8%).

More than two-thirds (68%) said they took nonsteroidal anti-inflammatory drugs to reduce musculoskeletal strain/injury while performing surgery. Forty-three percent have altered the manner in which they hold instruments, 19% have used mechanical aids to move patients, and 19% have minimized the use of lead aprons.

Only 17% of urologists report receiving training on surgical ergonomics, and 70% would like to receive such training. (Also see, “Addressing dangers in the OR starts with education.")

The issues surrounding both the physical and emotional/psychological issues affecting urologists “urgently need to be addressed,” Dr. Loeb said. “To take the best possible care of our patients, we must first take care of ourselves.”

How the survey was conducted

Urology Times conducted a survey of readers via email in June and July of 2019 to determine the frequency and type of work-related pain/injury they have experienced. Special thanks to Stacy Loeb, MD, MSc, of the Urology Times Editorial Council, who reviewed and critiqued survey questions developed by the editorial staff. All survey recipients were subscribers to Urology Times, and all were required to report being a urologist or urology resident before responding. A total of 165 responses were received.

Addressing dangers in the OR starts with education 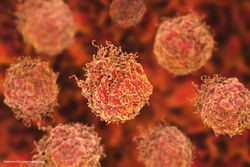