Men who consume diets high in proinflammatory foods appear to be at higher risk of testosterone deficiency. This suggests diet may play an important role in male reproductive health, according to a study published in the Journal of Urology.

Proinflammatory diets are high in saturated fats and refined carbohydrates and low in fruits and vegetables.

The Dietary Inflammatory Index was developed as a standardized scoring system to evaluate the effects of diet on inflammation, according to an email to Urology Times® from study authors Chichen Zhang, MD, and Shi Qiu, MD, of the department of urology, Institute of Urology and National Clinical Research Center for Geriatrics, West China Hospital of Sichuan University, Chengdu, Sichuan Province, China.

“Proinflammatory status of individual dietary intakes has been shown to link high Dietary Inflammatory Index scores with adverse health outcomes, such as general obesity, cancer, cardiovascular disease,” the authors wrote. “Although several studies had studied the association between dietary patterns and sex hormones, literature about the relationship among the inflammatory potential of diet, testosterone level, and testosterone deficiency is scarce.”

Chinese investigators studied the potential impact of dietary inflammatory index on testosterone deficiency among US males with data from the 2013-2014 and 2015-2016 National Health and Nutrition Examination Survey (NHANES). They analyzed data from 4151 men ages 20 or older who had provided a 24-hour dietary intake history and underwent serum sex hormone testing.

“We found that men who eat a proinflammatory diet, particularly those who are obese, have a higher risk of testosterone deficiency,” Zhang and Qiu wrote. “Our findings suggested that a more anti-inflammatory diet could be a feasible method to reduce the accumulated inflammatory burden; hence, leading to an increased testosterone level.”

Nearly 42% of obese males in the study were in the most proinflammatory tertile.

And overall, men in the most proinflammatory Dietary Inflammatory Index tertile 3 had a 30% higher testosterone deficiency risk compared to men in tertile 1.

The authors suggest urologists should talk with male patients at reproductive ages about diet, offering tips such as limiting saturated fat and carbohydrates, both of which have a positive inflammatory effect score. Men should eat more fresh fruit and vegetables and less red meat.

Ranjith Ramasamy, MD, associate professor and director of the Reproductive Urology Program at the University of Miami Miller School of Medicine, Miami, Florida, wrote in an email to Urology Times® that this study reaffirms his thinking that men should be encouraged to reduce the amounts of proinflammatory foods in their diets.

But, overall, it remains difficult to draw any conclusions as to whether making these dietary changes should be expected to improve reproductive health specifically, he said.

“We don't yet have a lot of evidence to tell us how much of a role a proinflammatory diet directly plays in male reproductive health, but we do know that metabolic disorders that can be attributed to inflammatory diets, such as obesity or diabetes, negatively impact male fertility,” said Ramasamy, who was not involved with the research.

The use of 24-hour consumption is one of the main limitations of this study, as it cannot encompass the entirety of a participant's diet, according to Ramasamy.

“As baseline testosterone levels are likely to change over the course of weeks to months, dietary data from a single day is unlikely to be the best method to evaluate this association,” Ramasamy said.

For now, Ramasamy said he counsels patients that the same kinds of diets that would be recommended to prevent obesity, high cholesterol, diabetes, or high blood pressure, also help them with their overall reproductive health.

“That means reducing red meat, incorporating something green with every meal, opting for the grill over the deep fryer, cutting out soda (and alcohol), and saving sweets for special occasions,” Ramasamy said. 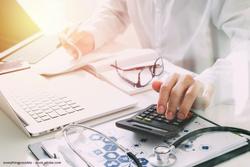 What have been the biggest changes in the way you treat prostate cancer over the past few years?