Sexual function was significantly improved in women who received single incision sling (SIS) surgery for stress urinary incontinence (SUI), according to prospective study results published in the Journal of Urology.1

The study also showed that at 36 months post-procedure, sexual function status was comparable for women with SUI who received SIS versus those who underwent transobturator (TMUS) midurethral sling (TMUS). Of note, de novo sexual pain was low following both sling procedures.

“The strength of our study is in its prospective nature and use of validated questionnaires. Improved sexual function and rare de novo dyspareunia rates were likely due to uniformly trained investigators with minimal variation in surgical technique and better outcomes overall. Our very favorable results are especially important considering the negative publicity associated with vaginal mesh and mesh litigation,” first study author Amanda B. White, MD, Department of Women’s Health, University of Texas at Austin, Dell Medical School, Austin, Texas, and coinvestigators wrote.

“Furthermore, this information is important for regulatory authorities both in the United States, where the FDA mandated this study, as well as those countries such as Australia where SIS were removed from the market in 2017 pending further information, or the United Kingdom which is currently experiencing a pause on all midurethral slings due to its parliamentary inquiry,” added White et al.

The sexual function assessment was a planned secondary analysis from a nonrandomized, prospective, multicenter, postmarket noninferiority study (NCT01784588) that compared the safety and efficacy of the Solyx SIS system with Obtryx II TMUS system. For the secondary analysis, the researchers assessed patient-reported outcomes of sexual function using the Pelvic Organ Prolapse/Urinary Incontinence Sexual Questionnaire (PISQ-12). These were filled out at baseline and at 6, 12, 18, 24, and 36 months.

The analysis included 281 women, 140 who received TMUS and 141 who received SIS. Sexual activity was comparable between the 2 study arms at baseline, with 87.2% (n = 123) of the SIS arm and 81.4% (n = 114) of the TMUS arm being sexually active. The authors noted that there was no correlation between baseline sexual activity and severity of urinary incontinence.

Improved sexual function was observed in both patients groups at each visit from baseline to 36 months, as indicated by continued significant increases in mean PISQ-12 score. At the 6-, 12-, 18-, and 24-month visits, White et all did not observe a significant difference in PISQ-12 scores between the 2 patient groups. While there was variation in PISQ-12 scores between the arms at 36 months, the difference was small (-2.5; 95% CI, -4.7–0.2). Of note, sexual function was maintained in the 9 patients in the trial undergoing surgical retreatment.

“One possible explanation for our low rates of post-operative dyspareunia is that we used validated sexual function questionnaires prior to surgery, thereby capturing true baseline rates of sexual dysfunction, which has been shown to be higher among women with pelvic floor disorders (50%-83%) than the general population(30%-50%),” wrote White et al. 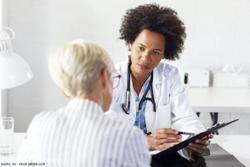 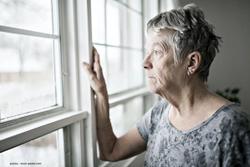