In this interview Mark A. Preston, MD, MPH, of Brigham and Women’s hospital sat down with Richard. R. Kerr, Urology Times content channel director, to discuss the association between obesity and incidence of total and fatal renal cell carcinoma in two prospective cohorts. The interview was conducted during the AUA annual meeting in New Orleans.

In this interview Mark A. Preston, MD, MPH, of Brigham and Women’s hospital sat down with Richard. R. Kerr, Urology Times content channel director, to discuss the association between obesity and incidence of total and fatal renal cell carcinoma in two prospective cohorts. The interview was conducted during the AUA annual meeting in New Orleans.

What did your study findings show about the effect of obesity on renal carcinoma incidence?

A number of recent studies have reported on the obesity paradox in kidney cancer, with the finding that obese people appear to be at higher risk for developing kidney cancer but at a lower risk of dying from kidney cancer. The reason for that is not entirely clear, but there is thought that maybe the obese milieu may provide some protective effects for death in kidney cancer.

We wanted to study that in more detail. At the Harvard School of Public Health, we have a number of very large and very long-running prospective cohorts, including the Nurses’ Health Study, which started in 1976, and the Health Professionals Follow-up Study, which started in 1986. We were able to combine these two cohorts, and we have over 170,000 people who were followed between 30 and 40 years, with surveys done every 2 years to ascertain BMI measurements and all lifestyle risk factors, diseases, food frequency, medications, etc. to get an overall assessment of these subjects over 30 to 40 years.

We specifically looked at the risk of developing kidney cancer, and we had over 500 cases of kidney cancer that developed during the follow-up period. We wanted to focus on the subset of kidney cancers that were actually fatal as well. The impact of BMI and how that resulted into kidney cancer was examined. We found there was an increased risk of not just kidney cancer, but death from kidney cancer, in people who had a BMI between 25 and 30 and especially if BMI was above 30, which contradicted a lot of those other studies.

NEXT: Other risk factors for RCC or fatal RCC?

Did your study identify other risk factors for RCC or fatal RCC?

We included a number of other known risk factors for kidney cancer apart from obesity. Hypertension is one that always comes out as being a significant risk factor. We included everything from hypertension to smoking to alcohol use, prior NSAID use, parity in women, alcohol use, exercise, and physical activity in a multivariable model to control for all these other potential causative factors of kidney cancer so we could really focus on the effect of obesity.

How do you explain the difference in results from your study and studies showing the obesity paradox in kidney cancer?

It gets down to how BMI is actually measured. The majority of these other studies that did find the obesity paradox measured BMI at the time of treatment, typically surgery, and when you do it that way you have one measurement.

What is your take-home message for urologists?

You really need to be aware of the exposure when doing epidemiologic studies like this and not limit yourself to one measurement where there is the risk of bias or misclassification. I would be interested to know if those other studies have the potential to go back over time to see what the average BMI or a prior BMI measurement might have been to see if they still find that the obesity paradox is present.

I think that this study adds an important potential explanation that might explain the obesity paradox. 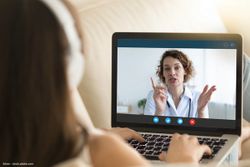