Surveillance for favorable intermediate-risk prostate cancer is on the rise

Senior author Kevin Ginsburg, MD, said he and his coauthors observed wide variation by practice in the use of active surveillance in this patient population.

The use of active surveillance for men with favorable intermediate-risk prostate cancer has risen in recent years, investigators reported at the North Central Section of the American Urological Association Annual Meeting in Chicago, Illinois. 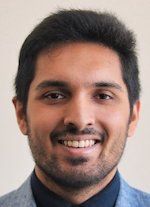 Discussing the rationale for the study, first author Raghav Madan, MD, said, “Active surveillance has been used for grade group 1, or Gleason 6 prostate cancer for quite some time with remarkable success. Those cancers are very slow growing; in relative terms, they don't advance quickly, so it's safe to actively survey them and then operate when necessary. There's been recent interest in expanding [active surveillance] to men with favorable intermediate-risk prostate cancer and examine whether that is a safe approach.” Madan is a PGY-2 urology resident at Wayne State University in Detroit, Michigan.

The investigators also examined oncologic outcomes, and Madan noted that approximately 50% to 60% of patients were able to delay treatment by 5 years. For men undergoing radical prostatectomy, the rate of adverse pathology was slightly worse in patients opting for active surveillance, but importantly, the risk of biochemical recurrence was similar when comparing men who underwent immediate vs delayed treatment. 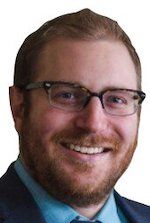 Senior author Kevin Ginsburg, MD, said he and his coauthors observed wide variation by practice in the use of active surveillance in this patient population.

“When we look at this from a practice standpoint, we see some practices have 50% to 60% of their men with favorable intermediate-risk prostate cancer selecting active surveillance, and we see other practices [where the number is] very low—closer to 5% to 10%. And then [there are] a lot of practices in the middle, around the 20% to 40% range. So there's still quite a remarkable amount of variability in there,” said Ginsburg, an assistant professor of urology at Wayne State University.

In an interview with Urology Times®, Ginsburg attributed the variability to uncertainty surrounding the use of active surveillance in men with favorable intermediate-risk prostate cancer.

“There's a question about how appropriate are these men for active surveillance? We don't quite know yet,” Ginsburg said.

Ginsburg concluded, “We just want to be thoughtful about who should be treated with favorable intermediate-risk disease. We think a lot of these men would be appropriate for active surveillance. And with diligent surveillance, I think their long-term oncological outcomes are not going to be compromised.”