Dr. Rosevear shares his insights in taking the boards. "As far as rites of passage go, taking the urology boards turned out to be relatively benign. There were no hot coals involved. Read more.

Dr. RosevearAs far as rites of passage go, taking the urology boards turned out to be relatively benign. There were no hot coals involved. Everyone smiled. And in the end I did come out a little better for the experience. In studying for the test, I even learned something I didn’t know: A post-vasectomy sperm sample does not have to be centrifuged when examined (according to the 2012 AUA guidelines on vasectomy, statement #12). Overall, it wasn’t a bad weekend.

First-and let’s be honest, this was not exactly how I would choose to spend a weekend-when I compare it to my previous experiences with oral interviews, it was professional, informative, and almost fun. The weekend started with an introduction by a very pleasant staff member of the American Board of Urology who informed us that if we ever mentioned any detail of the exam to another living soul, our confessional priest included, that Dr. Ritchey himself (the ABU’s immediate past president) would hunt us down and ensure that we’d spend the rest of our lives practicing urology in Antarctica. At least, that was what I took away from the introductory lecture. That, and on the day of the exam, to follow the yellow footprints on the floor.

RELATED - PSA testing: It's not your choice, it's the patient’s

Seriously, though, every person involved in the process-from the staff of the ABU to the proctors-stressed that they were not trying to trick us but were simply giving us a structured opportunity to show our mastery of the field. In retrospect, they did a great job of that. Once the protocols began, I found myself simply having a conversation regarding treatment options and their complications related to mostly everyday urology. For me, that last part was the most surprising aspect of the boards.

Drug reps: Understanding the hand that feeds you

Falls in the elderly: How urologists can save a life

As noted, I have done hundreds of oral interviews before. I served in the Navy, where we routinely had to pass oral exams as we progressed through the ranks and became “qualified” at various tasks. Toward the end of my time in the Navy, I also started giving these exams and while the Navy provided plenty of guidance on how best to structure the exams, those exams were different for two reasons.

First, I always felt that they were presenting situations that were not germane to my daily life on the boat. Second, I felt that there were times when the bigger picture was lost and more attention was paid to esoteric minutiae than was necessary. That wasn’t the case with the boards. The situations were reasonably relevant and the complications that I encountered could certainly happen, although I pray that I never have that many complications in one case as was presented in those protocols!

If you haven’t yet taken your boards, numerous people who had attended the AUA’s review course all spoke highly of it. I also knew lots of people, myself included, who did not and I felt that reading “Choe's Urology Oral Board Self-Assessment” and reviewing the AUA guidelines was sufficient preparation. As for the experience itself, it was also a great opportunity to see some of my fellow co-residents again and to meet other urologists who are at the same point in their career as I am.

In many ways, the opportunity to sit in the sequester room and listen to fellow urologists’ stories of their struggles with balancing family life and the day-to-day problems of starting off was reassuring and probably the most valuable lesson that I took from the weekend.

I know the experience of the boards has changed dramatically over the last few decades, and I would be interested to hear from other urologists whose experience differed from mine.

A brief postscript: To Drs. A and T, whether or not you want to be, you are now burned into my conscience as a urologist. To the ABU staff, thanks for a great weekend. I greatly appreciate the effort you clearly put into the weekend and, yes, I did make my flight!

LUGPA extends its reach to urology practices large and small 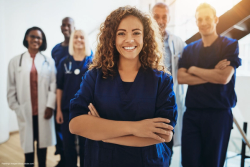 Expert provides insight as to what makes a successful mentee 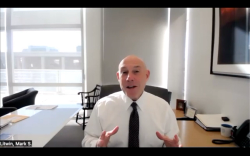 Dr. Litwin shares ways to be an effective mentor