Who should own medical records-the doctor or patient?

Urology Times reached out to three urologists (selected randomly) and asked them each the following question: Who should own medical records-the doctor or patient?

Patients get an after-visit summary that has the salient points discussed during our office visit. In our institution, they’re also encouraged to sign up for an online service called ‘MyChart,’ where they can get into their medical records electronically and remotely.

That has more detail than the after-visit summary, information like laboratory tests another doctor ordered-things outside of our specific appointment.

Also see: What are your thoughts on the use of medical marijuana?

If a doctor wants to make notes for himself, the chart isn’t the place to put them. The chart can be subpoenaed and so forth, so if a physician wants to leave private comments, that should be a separate location.

Some systems provide the opportunity to make notes in part of the chart that are not literally part of the patient’s medical records. Patients can’t get into that. It’s not part of the after-visit summary, but it’s part of the records that doctors leave for themselves. I don’t use those. Everything I think about, I share with the patient, and therefore it goes into my notes. I may say things like, ‘Bring the patient back in 6 months to talk about these other issues, and I introduced the first two concepts today.’

It helps you to know what’s going on, and obviously the health care team needs to know everything to provide the best possible care. That’s pretty self explanatory. In today’s world, patients are demanding increased participation in the process… and secrets don’t really help anybody.”

Next: "State laws vary throughout the country, so sometimes it’s not our choice."

"State laws vary throughout the country, so sometimes it’s not our choice.

Read: How concerned are you about patients taking counterfeit meds?

In my opinion, medical records are the work product of the doctors, and if employed by an institution, a combination of the doctor and the institution. That doesn’t mean that patients shouldn’t have complete access.

There could be issues, however, for which doctors must be prepared. ‘Complete’ is probably the definitional issue. Sometimes it’s complete access to an ‘edited’ record. That may be better for some patients because of the confusing nature of the information.

It might be better, and less confusing, if patients had access to a layman’s edited record, rather than the current system where they have complete access to the unedited record.

We have a web portal where patients can access their records. They can request copies of office and operative notes, but don’t actually have complete access. They have open records except for specific areas, like psychiatric reports or HIV testing. Patients can get that information, but not immediately through the portal.

In Pennsylvania, all x-ray abnormalities have to be reported directly to the patient with a recommendation to call their doctor. That becomes a huge burden because although you’ve told a patient about a benign cyst on his kidney, he thinks something else is wrong because the letter reported an abnormality. You spend significant time educating patients about the practice of medicine.

I’m not professing having secrets from the patients. Transparency is good, but when information is delivered without editing, it can be more confusing than helpful.

Also see: How do you counsel patients about at-home genetic tests?

Editing information means extra work, but when interpretation of the information is necessary, the record is not designed for the patient. We may have to dictate like our patients will read it, as opposed to dictating for a doctor. That may be the solution.”

Next: "The medical record itself, in my opinion, is the possession of the patient."

"The medical record itself, in my opinion, is the possession of the patient.

The responsibility for maintenance of that record would fall on us as providers obviously. But the rights of access, without question, belong to the patients.

Read: What has been your experience with ERAS pathways?

As far the contents of the records, the onus comes back on us as providers to be able to communicate that in a way patients understand, which in certain circumstances might require us to use terminology that is slightly more layman’s language. Are there always going to be situations where there is a misunderstanding and will further communication be required? Yes, without question. It’s an imperfect system, but patients should have full access to those records.

If doctors want to remind themselves of something, they need to be willing to clarify those comments to the patients. If they’re not willing, then obviously they have to develop a different means of self-reminding than medical records.

Whether we like it or not, we’re legally required to make the information available. So if we’re willing to put it in the medical record, we need to be ready to give full disclosure, interpretation, and explanation to the patient.” 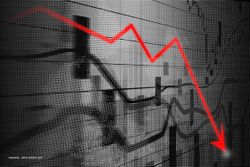 Failure to consult urologist at heart of case