Adjuvant nivolumab/ipilimumab does not improve DFS in high-risk RCC

Although the phase 3 CheckMate 914 trial missed its primary end point of improved DFS, the rate of treatment discontinuation may have played a role in the results, according to Robert J. Motzer, MD. 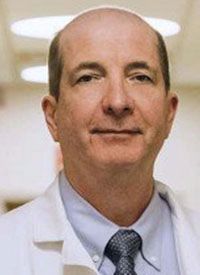 Treatment with adjuvant nivolumab (Opdivo) plus ipilimumab (Yervoy) failed to significantly improve disease-free survival (DFS) compared with placebo in patients with localized renal cell carcinoma (RCC) at high risk for relapse after nephrectomy, according to data from part A of the phase 3 CheckMate 914 trial (NCT03138512) presented at ESMO Congress 2022.1

However, the rate of treatment discontinuation in the combination arm was higher than placebo, potentially explaining the missed primary end point, according to lead investigator Robert J. Motzer, MD.

“Patients with stage II or III tumors have a substantial risk for post-nephrectomy relapse. The identification of patients at risk for relapse remains an unmet need,” Motzer, section head, kidney cancer, Genitourinary Oncology Service, and Jack and Dorothy Byrne Chair in Clinical Oncology, Memorial Sloan Kettering Cancer Center in New York, explained during a press conference at the congress.

“…At the time that this trial started, there weren't a lot of adjuvant therapies that were approved. And it really brought about our excitement with the new immunotherapies and checkpoint inhibitors for metastatic disease. Nevertheless, this is an area where there's a high need for better treatments for this disease.”

In part A, patients were randomized 1:1 to receive either 240 mg nivolumab IV once every 2 weeks for 12 doses plus 1 mg/kg ipilimumab IV every 6 weeks for 4 doses (n = 405) or a matching schedule of placebo IV (n = 411) for 24 weeks or until disease recurrence or unacceptable toxicity.

“This [regimen] was said to be tense. And so it was given over 6 months—6 months of adjuvant ipi-nivo—which is really kind of an intensive combination,” Motzer said.

The median duration of therapy in both arms was 5.1 months; however, only 57% of patients treated with the combination completed all 12 doses of nivolumab and all 4 doses of ipilimumab, compared with 89% of patients given placebo. “And the primary reason for that, only a little more than half completed the 6 months [of treatment], is adverse events [AEs]” he explained.

Of the 173 patients (43%) who discontinued treatment with the combination regimen, 33% stopped therapy because of study drug toxicity.

However, Motzer noted that the safety of nivolumab in combination with ipilimumab was consistent with its known profile in the adjuvant setting, adding that the toxicity from the regimen that led to treatment discontinuation could have also been from the short course and intensity of therapy.

“I am looking forward to the second part of the trial including 6 months of nivolumab monotherapy,” he said. “I think that will help us a little bit more in terms of whether it's a tolerability issue or duration of therapy issue so that we can really best identify the length and the intensity of adjuvant therapy for RCC patients.”

Key inclusion criteria was comprised of radical or partial nephrectomy with negative surgical margins > 4 and ≤ 12 weeks before randomization; predominant clear cell histology, including sarcomatoid features; pathological TNM stage; no clinical/radiological evidence of residual disease or distant metastases after nephrectomy, confirmed by BICR, and ECOG performance status of 0 to 1.

Motzer concluded by noting that further analyses are underway to understand the outcome of CheckMate 914 Part A, while part B of the trial is ongoing. “So we're certainly digging deeper into the details to look to see when the toxicity occurred, and then more importantly, if nivolumab monotherapy is a better tolerated program, which is underway, and hopefully we'll be able to address that within the next year or so.”