Data showed that nivolumab followed by nivolumab/ipilimumab resulted in an overall response rate of 34%.

A treatment regimen in which nivolumab (Opdivo) monotherapy is followed by a combination of nivolumab and ipilimumab (Yervoy) was associated with improved responses for patients with advanced renal cell carcinoma (RCC).1

The data were derived from final results of the phase 2 TITAN-RCC trial (NCT02917772) presented at ESMO Congress 2022. 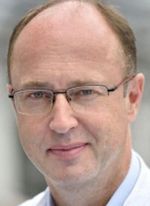 “TITAN-RCC provides further evidence to the added value of ipilimumab in combination with nivolumab in advanced RCC,” lead study author Marc-Oliver Grimm, MD, of Jena University Hospital, said in a presentation of the data. “In the first-line [setting], boosting significantly—based on our assumptions—improved ORR, and activity parameters are, however, inferior in the TITAN-RCC regimen if we compare that with a direct start with nivolumab/ipilimumab, as it is approved. In the second-line [setting], boosting numerically improved ORR, and activity parameters suggest superiority to have the adaptive approach of TITAN-RCC compared with nivolumab monotherapy, as it is approved and used today.”

TITAN-RCC enrolled patients with histologically confirmed locally advanced or metastatic RCC with a clear cell component who were intermediate/high risk by International mRCC Database Consortium criteria. Patients were permitted to be treatment naïve or have received 1 prior therapy with a TKI. Other inclusion criteria included having measurable disease per RECIST v1.1 criteria, a Karnofsky performance status of at least 70, and an evaluable tumor sample to test PD-L1 expression.

Once enrolled, all patients received induction treatment with 240 mg of intravenous nivolumab given every 2 weeks for 8 cycles. Patients who achieved a CR or PR continued nivolumab maintenance at 240 mg every 2 weeks or 480 mg every 4 weeks.

The primary end point of the trial was ORR, and secondary end points were comprised of progression-free survival (PFS), overall survival (OS), remission rates after boosting cycles, safety, and quality of life.

Among all patients treated, the median age was 65 years (range, 20-87), and 71% were male. Additionally, 18% of patients had a Karnofsky performance status of less than 80%, 66% had their initial RCC diagnosis within 12 months, 53% had hemoglobin below the lower limit of normal, 19% had a platelet count above the upper limit of normal (ULN), 13% had an absolute neutrophil count above ULN, and 13% had calcium above ULN. Thirty percent of patients had a PD-L1 expression of at least 1%.

“Please note, however, that due to the study design, [the PFS data] mainly reflect nivolumab monotherapy,” Grimm explained.

Although Grimm did not present full safety data, he noted that no new safety signals were identified.