In this video, Kelly L. Stratton, MD, FACS, offers a brief recap of notable prostate cancer and bladder research presented at the 2021 American Urological Association Annual Meeting. Stratton is an assistant professor of urologic oncology at the University of Oklahoma, Oklahoma City.

What stood out for me in prostate cancer is the new imaging opportunities for patients with advanced prostate cancer or prostate cancer recurrence. We've had Axumin (fluciclovine F 18) PET imaging, and now we're starting to hear about PSMA PET. So, that's becoming more widely available with its approval and how that's going to play out is really exciting for patients who maybe have a recurrence after treatment—one we can't find on conventional imaging. In our discussion of the AUA guidelines, when we're evaluating patients for the presence of metastatic disease, Dr. Will Lowrance went over how we still rely upon conventional imaging to define the patient, whether they have metastatic disease or M0 CRPC. This expansion of next-generation imaging is really exciting, something that we talked a lot about at this AUA.

Another takeaway would be the use of PARP inhibitors in advanced prostate cancer. Now, for patients who have genetic alterations that would make them susceptible for a PARP inhibitor, we have 2 agents approved: olaparib (Lynparza) and rucaparib (Rubraca). And so, we're starting to see urologists work to figure out where these PARP inhibitors are going to fit in with patient care. It's a really exciting time for patients to have personalized treatment like that.

There's also debate regarding the merits of open versus robotic prostatectomy. You may have thought that argument was put to rest, but Dr. Judd Maul from Duke presented very compelling reasoning for teaching residents open prostatectomy.

And to take it even a step further, the Retzius-sparing approach to radical prostatectomy was debated regarding the merits of that potentially more complex approach with potentially better outcomes. Yet, there's this hood, or veil, surgical approach that we could do from an anterior perspective, so Dr. Ash Tewari argued against the need for Retzius-sparing whenever we preserve the prosthetic hood. I think that's very interesting to see that take place and that's what we missed when the meetings were canceled. Just glad to have that as a virtual debate.

Regarding bladder cancer, we continue to struggle with the BCG shortage and how to handle that. At the AUA this year, the guidelines for non-muscle invasive bladder cancer were updated and presented by Dr. Sam Chang. He discussed approaches to conserving BCG and really putting that forward in the guidelines so that urologists have that as a backing for split-dosing, for shortened or reduced maintenance regimens, or the avoidance of maintenance all together. So, that really speaks to the urologist and a daily struggle that we continue to face during the BCG shortage.

The AUA also discussed immunotherapy for non–muscle invasive bladder cancer. This is new, based off the pembrolizumab approval for carcinoma in situ (CIS). We're starting to see that increasingly used by urologists and by their partner medical oncologists for patients who have CIS that's refractory to BCG. As we await approval of other agents, that's an option for patients who may want to avoid a radical cystectomy.

For patients with advanced disease who've undergone cystectomy, we now have the approval of nivolumab as an adjuvant treatment, a response to the results of the CheckMate-274 trial, and so this is really the new frontier of bladder cancer treatment with immunotherapy options being available in spaces that we've never had before. It impacts urologists specifically because these are patients who are primarily being seen and treated by urologists.

Also in advanced bladder cancer, we're starting to see the use of split maintenance therapy, so avelumab (Bavencio) after chemotherapy and responders with metastatic bladder cancer. How that's going to change the outcomes is very exciting for us and that was presented as well. So, it's just an exciting time for immunotherapy and its utilization across the entire landscape of bladder cancer.

Another point that was brought up at the at the AUA this year is the use of bladder-sparing techniques, so radiation as a potential treatment option. We have this large cooperative group trial looking at using chemoradiation instead of radical cystectomy. The results of this and the increased utilization of chemo and radiation therapy for muscle-invasive bladder cancer is something that urologists are going to want to follow closely. 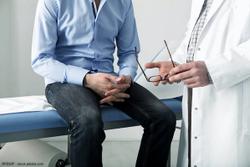 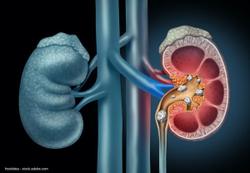