"As clinicians, we must better understand how race plays a role in fertility therapy," writes Mary K. Samplaski, MD.

Although up to 50% of infertility cases have a male factor component,1 there are scant data on what factors are associated with the male partner undergoing a fertility evaluation. Racial differences in fertility care have been identified, most from the National Survey of Family Growth (NSFG), which evaluates the American civilian population. Data from the 2011 to 2017 NSFG found that 9.5% of men seeking infertile services were Black, 69.1% were White, 16.1% were Hispanic, and 5.3% identified as “other.”2,3 Black women have been shown to have a 1.45 times greater adjusted prevalence of infertility compared with White women.4 Lastly, Black men are more likely to have their female partner undergo testing first, as compared with White men.5

In a multi-institutional survey-based publication of men in North America undergoing fertility evaluation by a reproductive urologist, several key racial differences were identified.6 The racial breakdown of 6462 men was: 51% White, 20% Asian/Indo-Canadian/Indo-American, 6% Black, 1% Indian/Native, fewer than 1% Native Hawaiian/Other Pacific Islander, and 21% other.

The following differences were seen:

With respect to lifestyle factors:

This is the first study to demonstrate that men from different racial groups seeking fertility investigation have significantly different characteristics. These observed differences may reflect true biologic or genetic differences, or may result from environmental exposures, lifestyle factors, cultural factors, access to care, systemic racism, or different treatment modalities.

Prior studies show that assisted reproductive technology usage rates among Black, non-Hispanic women are lower than the average US utilization rate7 and White women are more likely to utilize fertility services.8 One of the most clear examples of racial differences on reproductive choices that we identified was in vasectomy rates. Asian/Indo-Canadian/Indo-American and Black subgroups were less likely, whereas White and Indian/Native subgroups were more likely to have had a vasectomy as compared with other races. This is similar to data from the 2002 NSFG, which found that Black and Hispanic men were less likely to rely on vasectomy for contraception, even after accounting for a host of other factors (14.1% of White men, 3.7% of Black men, and 4.5% of Hispanic men had a vasectomy).9

Willingness to undergo medical investigation and therapy may also be affected by social and cultural backgrounds. Black patients have been shown to report lower levels of trust in health care providers when compared with White patients, often related to a history of lower quality interactions with health care providers.10 And although racial differences in patient’s medical care preferences may exist, racial differences in referral patterns and decisions to initiate treatment may remain.11

Racial differences exist for men undergoing fertility evaluation by a reproductive urologist. These differences, such as age, duration of infertility, previous vasectomies, partner age, BMI, lifestyle factors, and previous reproductive outcomes, may be due to a variety of differences between racial groups. As clinicians, we must better understand how race plays a role in fertility therapy. The associations between race, biologic, and societal factors in fertility should guide clinicians as they obtain a history, counsel patients, and expand outreach to underserved populations. Increased awareness is a critical step in addressing inequities and disparities in infertility. 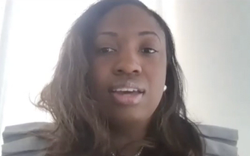