On May 23, 2013, a 54-year-old man presented to a urologist with pain in his right testicle. An ultrasound showed damage to the testicle, including scarring and atrophy. Approximately 15 years earlier, the patient had been accidentally kicked in the testicle by his daughter, who has cerebral palsy.

The following day, the urologist informed the patient that the wrong testicle may have been removed. An ultrasound was later performed and confirmed the right testicle remained. The patient did not return to the urologist, but instead consulted with his primary care physician. After his swelling diminished, his pain and discomfort returned to his right testicle.

The patient-plaintiff filed suit against the urologist and his employer hospital, alleging the urologist performed the surgery when it was not proper for him to do so and performed the surgery in a negligent and reckless manner, amounting to medical malpractice. The plaintiff alleged that he was fearful that he would have to undergo another surgery and removal of his right testicle, and that he would require hormone therapy for the remainder of his life. He further alleged that prior to surgery, if something came into contact with his right testicle during intercourse, it would cause him severe pain that would cause him to lose his erection. The plaintiff alleged that this occurred more frequently following surgery. He further alleged that the surgery caused him embarrassment, anxiety, and depression, for which he required 6 months’ counseling.

During a 3-day jury trial, the plaintiff’s expert in urology maintained that the urologist failed to offer alternative treatments before proceeding with the drastic option of removing the testicle. Oral medication, spermatic cord injections, and microsurgery were all less-invasive options the urologist should have considered and pursued before the orchiectomy, the expert stated.

According to an operating room nurse, she had returned to the operating room during the surgery when she looked at the pathology report, which noted that the specimen removed was the left testicle. She then looked at the consent form, which noted a right orchiectomy. To reconcile the discrepancy, she approached the urologist, who confirmed the contents of the pathology report and consent form. He then backed away from the operating table and sat down on the floor for a period, according to the nurse. He eventually got up, put on new gloves, resterilized himself, and completed the surgery.

The plaintiff’s expert in urology refuted the urologist’s explanation that the left spermatic cord crossed with the right. According to the expert, that is anatomically impossible, as the scrotal septum prevents the testicles from moving to different sides, in addition to the fact that the spermatic cords are not long enough to allow such an occurrence.

The hospital admitted the urologist had been an agent of the hospital at the time of the surgery, and it was responsible for any negligence committed. After a 3-day trial, the jury deliberated 80 minutes before rendering a plaintiff’s verdict, finding that the urologist breached the standard of care and proximately caused the plaintiff injury. The jurors awarded $870,000.

LEGAL PERSPECTIVE: Although the urologist’s testimony that he thought he was removing the right testicle may have been believable to some jurors, conceding that he breached the standard of care in removing the wrong testicle likely sealed his fate. 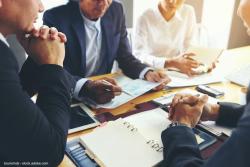 You’ve received a subpoena: What should you do?