GNRH agonists vs antagonists in prostate cancer: How to choose

Many factors play into decision-making process when weighing agents.

In the 1940s, Huggins and Hodges’ Nobel prize–winning work firmly established the therapeutic effect of testosterone deprivation in the treatment of prostate cancer.1 Since that time, hormonal treatments for prostate cancer have undergone continued advancement. In the modern era, the backbone of therapy is in the form of gonadotropin-releasing hormone (GNRH) agonists and antagonists, which decrease testosterone to the castrate range. These class of agents have distinct mechanisms of action and safety profiles that warrant attention because they optimize treatment for patients with prostate cancer. Herein, we describe the different mechanisms of action and safety profiles of GNRH agonists and antagonists and discuss their use in clinical practice.

GNRH is a peptide hormone synthesized and released by the hypothalamus to stimulate the synthesis and secretion of the gonadotropins luteinizing hormone (LH) and follicle-stimulating hormone (FSH) from the pituitary gland. GNRH is typically produced in a pulsatile fashion, and its synthesis is regulated by circulating levels of testosterone and estrogen. LH acts on Leydig cells in the testes to secrete the majority of the body’s testosterone, whereas FSH targets Sertoli cells in the seminiferous tubules of the testis to regulate spermatogenesis. Androgens then promote prostate cancer growth via activation of cytoplasmic androgen receptors.2

GNRH agonists were introduced in 1984 and act via continuous GNRH receptor stimulation that differs from the normal physiologic pulsatile effects of GNRH.3 Continuous signaling initially causes a surge in testosterone and then leads to a drop-off in endogenous hypothalamic GNRH production and downregulation of pituitary GNRH receptors through overstimulation from the GNRH agonist, resulting in decreased LH and FSH levelsand downstream castrate levels of testosterone.

The adverse effects of GNRH analogues are largely due to the impact of these agents on androgen levels. Androgen deprivation therapy (ADT) leads to hypoandrogenism in men, manifested as fatigue, vasomotor symptoms including hot flashes, decreased libido, erectile dysfunction, and gynecomastia. ADT can also impact cardiovascular, bone, and muscle health and cause cognitive/psychiatric changes. Effects on glucose and lipid metabolism have been noted, with data suggesting that low testosterone levels lead to insulin resistance, central obesity, hypercholesterolemia and hypertriglyceridemia, and other precursors of metabolic syndrome.4

GNRH antagonists suppress LH and FSH more effectively than LHRH agonists5,6 and are associated with fewer cardiotoxicities. Several hypotheses have been proposed in attempts to explain how this mechanistic difference affects cardiac outcomes. Stimulation of FSH receptors on the endothelial surface of proliferating tissues could lead to decreased lipid metabolism and increased fat accumulation, leading to increased cardiovascular risk with GNRH agonists. Additionally, GNRH agonists, but not antagonists, bind to and stimulate GNRH receptors on T cells that could result in a hyperinflammatory state causing plaque destabilization.7

One disadvantage of GNRH agonists is tumor flare from the initial testosterone surge, which can be seen in up to 63% of patients with advanced prostate cancer.8 Complications from tumor flare can lead to urethral obstruction, worsening pain, and cord compression in more severe cases.9 Antiandrogens are usually given prior to GNRH agonist administration to mitigate this flare phenomenon. GNRH antagonists were evaluated in efforts to find alternative agents not associated with a testosterone surge.

GNRH antagonists act via direct competitive inhibition of the GNRH receptor, thereby blocking its downstream signaling and leading to a rapid decrease in LH, FSH, and testosterone levels. Abarelix (Plenaxis) was the first direct GNRH antagonist approved by the FDA (in 2003) for advanced, symptomatic prostate cancer. The phase 3 clinical trials that led to its approval showed that when compared to leuprolide or leuprolide plus an antiandrogen, abarelix monotherapy had a faster time to medical castration and a greater percentage decrease in prostate-specific antigen.10,11

Unfortunately, abarelix in clinical practice was associated with a higher rate of potentially life-threatening hypersensitivity reactions that eventually led to its withdrawal from the US market in 2005.12 It wasn’t until 2008 that the GNRH antagonist degarelix (Firmagon) was approved,5 and in December 2020, relugolix (Orgovyx), the first oral-formulated GNRH analogue, was added to the short list of GNRH antagonists.6

ADT with GNRH agonists and antagonists has a role in the treatment of prostate cancer in the local or locally advanced, relapsed/recurrent, advanced/metastatic, and palliative settings.

A pivotal phase 3 clinical study (NCT00295750) compared the efficacy and safety profile of degarelix to leuprolide. The study population was men with prostate cancer of any stage determined to be candidates for ADT, including patients with metastatic disease or biochemical progression with less than 6 months of prior ADT given in the neoadjuvant or adjuvant setting with curative-intent local therapy.

Results showed that degarelix was not only noninferior to leuprolide in the primary end point of suppressing testosterone to 0.5 ng/mL or lower at all monthly measurements for 1 year, but also significantly faster in achieving castrate levels of testosterone in 3 days compared to 28 days for leuprolide. Additionally, degarelix lacked observed testosterone surge and maintained undetectable testosterone levels throughout the 1-year treatment period.5

Degarelix was the only approved LHRH antagonist in the US until relugolix was recently added to the treatment armamentarium for prostate cancer. In the phase 3 HERO trial (NCT03085095) that led to the FDA approval of relugolix, patients with advanced prostate cancer received either oral relugolix daily or leuprolide injections every 3 months for 48 weeks. The study population was comprised of prostate cancer patients who were eligible for at least 1 year of continuous ADT in the setting of either biochemical or relapsed disease following local definitive therapy, newly diagnosed hormone-sensitive metastatic disease, or locally advanced disease unlikely to be cured with local definitive therapy.

The addition of an antiandrogen to leuprolide was left to the investigator’s discretion, and 23 of 201 (11%) patients in the leuprolide group received concomitant antiandrogen. Relugolix was found to be superior to leuprolide in its ability to maintain castration-level testosterone (96.7% vs 88.8%, respectively; P<.001 for superiority), as well as superior in the time to testosterone suppression (4 days vs 29 days) and proportion of patients with testosterone recovery to normal range within 90 days of treatment discontinuation (54% vs 3%).6 Testosterone recovery can be clinically relevant for patients receiving either intermittent or short-course ADT or for those suffering from significant ADT adverse effects or other disease-related complications. However, the HERO trial did not evaluate patients who received ADT with definitive local therapy, and therefore the role in this context is less defined.

The decision to use a GNRH agonist vs antagonist depends on several factors. Given the shorter time to testosterone suppression and lack of testosterone surge, GNRH antagonists may be more clinically beneficial for patients with more advanced disease and at higher risk of developing prostate cancer–related symptoms.13 Additionally, the absence of tumor flare with GNRH antagonists may seem especially appealing in patients with impending cord compression or urethral obstruction; however, GNRH agonists in conjunction with antiandrogen agents for flare prophylaxis have been shown to achieve similar effects.14

From a practical standpoint, degarelix is given on a monthly basis compared to the less frequent dosing options of GNRH agonists. With oral relugolix, issues of compliance and the likely need for continual testosterone monitoring are possible barriers that are not routinely of concern for patients receiving injection therapy.

Adverse effect profiles also play a large role in the selection of a GNRH agonist or antagonist. Both the phase 3 degarelix trial and the HERO trial showed that adverse events (AEs) were similar across all treatment groups, with flushing/hot flashes being the most common AE. Relugolix had increased reports of diarrhea compared with leuprolide.6 Leuprolide had higher rates of arthralgia and urinary tract infection compared with degarelix, whereas degarelix was associated with more injection-site reactions.5

The link between cardiotoxicity and ADT prompted a phase 2 trial that prospectively assessed serum cardiac biomarkers in prostate cancer patients with underlying cardiovascular disease who were treated with GNRH agonists or antagonists. Findings from that study showed that patients with baseline elevations in N-terminal pro–brain natriuretic peptide, dimerized plasmin fragment D, C-reactive protein, and high-sensitivity troponin had higher incidences of cardiovascular AEs when treated with LHRH agonists but not antagonists.18 It was suggested by the authors that patients with known cardiovascular disease who are candidates for ADT may benefit more from a GNRH antagonist.

There has yet to be a prospective study evaluating cardiovascular outcomes in ADT-treated patients with cardiovascular disease; however, ongoing trials such as the PRONOUNCE study (NCT02663908) may help further elucidate this. Differences with regard to other ADT-associated AEs are less defined. In a study comparing the GNRH antagonist degarelix to leuprolide, degarelix was associated with more-pronounced reductions in serum alkaline phosphatase; however, whether this translates to an impact on bone strength or fracture risk remains to be determined.

Hormone therapy can significantly impact quality of life, and incorporating strategies to minimize AEs can be crucial. When the more-common AEs of ADT arise—such as muscle loss, weight gain, decreased libido, and fatigue—a supervised exercise program or resistance training can limit or potentially reverse some of them.19,20 Additionally, ADT can accelerate bone resorption, which comprises bone integrity and increases the risk of osteoporotic fractures. Interventions to preserve bone health include calcium and vitamin D supplementation, fracture risk assessments, and use of antiresorptive therapy with denosumab or bisphosphonates. Regarding cardiotoxicity, optimizing preexisting cardiovascular conditions prior to ADT initiation is recommended.

Although not yet investigated, medications such as β-blockers, angiotensin-converting enzyme inhibitors, or low-dose rivaroxaban, as well as modified lifestyle interventions and increased cardiac monitoring, may have beneficial effects in patients receiving ADT.21 Intermittent androgen deprivation (IAD) has also been utilized in clinical practice and involves alternating on- and off-treatment periods. Several phase 2 and phase 3 randomized, controlled trials comparing IAD with continuous androgen deprivation (CAD) have shown that IAD can decrease AEs while maintaining or improving quality of life and preserving the overall survival and progression-free survival benefits of CAD.22-26 However, these findings must be interpreted with caution because a majority of these studies only included patients with nonmetastatic disease.

In general, many factors play into the decision-making process when choosing between a GNRH agonist or antagonist. Additional studies are needed to better understand the relationship between different ADT agents and their toxicity profiles so that treatment selection and management strategies can be optimized. 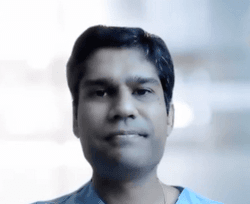